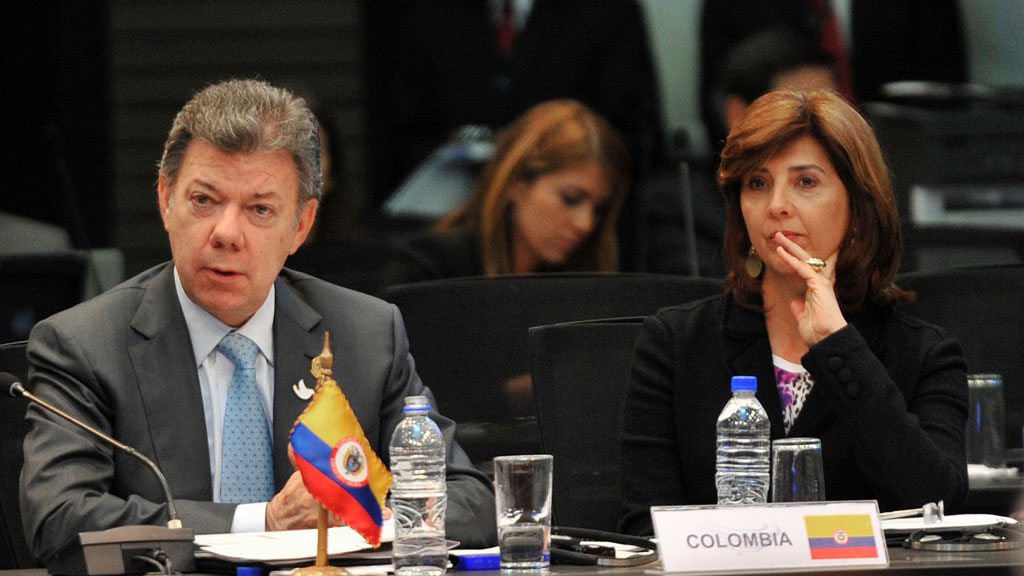 Colombia rejects US sanctions on Venezuela

Colombia’s foreign minister on Wednesday openly rejected recent US sanctions against Venezuela, calling on Washington and Caracas to talk.

Days after seeking Venezuela’s concession to allow the Red Cross access to imprisoned opposition leader Leopoldo Lopez, the minister criticized Washington for its recent denomination of Venezuela as a “threat.”

Lopez, the leader of the conservative opposition to Venezuela’s leftist government, was incarcerated over a year ago for instigating anti-government protests that resulted in the death of over 40 people.

The incarceration of Lopez and Caracas mayor Antonio Ledezma led United States president Barack Obama to characterize the leftist South American country as an “unusual and extraordinary threat to the national security and foreign policy of the United States.”

In the same executive order, Obama sanctioned seven Venezuelan government and military officials accused of committing human rights abuses and participating in the detention of the opposition leaders.

However, “we reject the unilateral sanctions,” Foreign Minister Angela Holguin said in Washington where she was attending a meeting of the Organization of American States.

According to Holguin, Bogota is “convinced that sanctions from one country to another do not lead to anything.”

Instead, “we believe in a direct dialogue between the United States and Venezuela to resolve their differences.”

The Union of South American Nations, which speaks for the continent’s 12 independent countries, had already demanded the US drop the sanctions in a statement issued Saturday, calling them “a threat to sovereignty and the principle of non-intervention in the internal affairs of other states.”

The foreign ministers of all UNASUR’s member nations, including Holguin, signed the declaration at a special meeting in Quito, Ecuador.