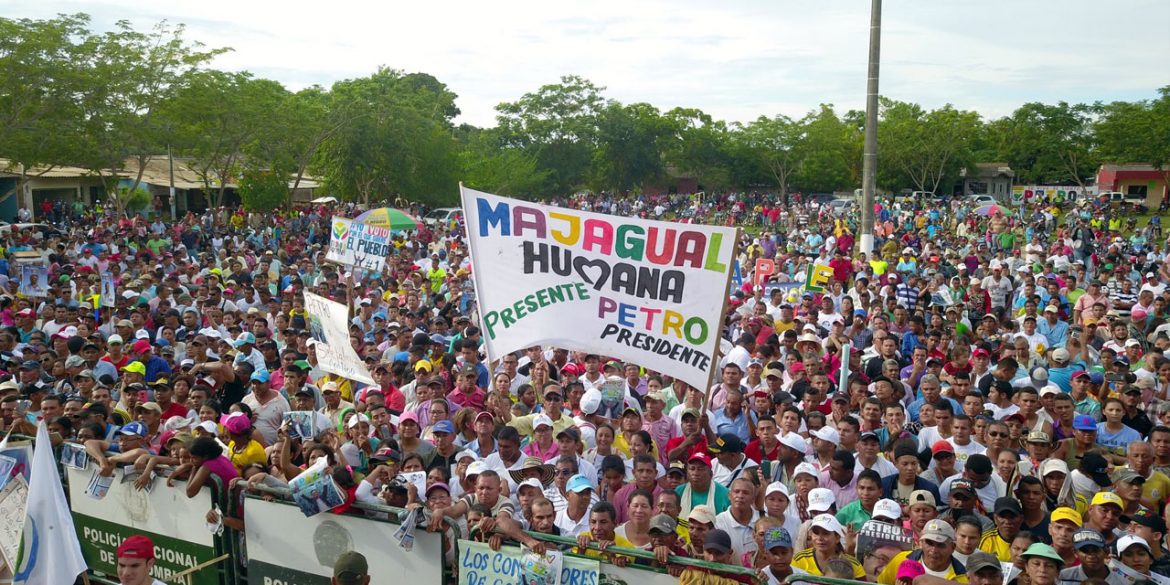 Colombia’s defense minister said that security forces will not allow protests on Sunday, the day of a presidential election.

Anti-corruption candidate Gustavo Petro has called on his supporters to take to the streets after the polls close at 4PM.

Petro has been at odds with Registrar Juan Carlos Galindo over presumed intentions to alter the election outcome through fraud.

Voting fraud in Colombia: how elections are rigged

“After the tables close at 4PM on Sunday, concentrations cannot be held until the following Monday,” Defense Minister Luis Carlos Villegas said.

Electoral observers have advised Petro to refrain from organizing protests on election day.

The candidate has not responded to the defense minister or electoral observers.

Petro urged his supporters to register as electoral observers and assemble on city squares in the immediate aftermath of elections 10 days before the elections.

He made the call after multiple claims of election fraud in the legislative elections that were held in March.

According to Petro, former Vice-President German Vargas is planning to obtain votes through the same corruption rings that altered election results in the 2014 legislative elections and allegedly did the same in March.

There have been multiple reports in the media over alleged fraud attempts by Vargas, a “caudillo” from a powerful political dynasty from the capital.

According to public TV network Canal 1, Vargas’ campaign held an illegal meeting with the governor and 31 mayors from the Cauca province in an attempt to seek institutional support during the elections.

Inspector General Fernando Carrillo said that he has begun at least 70 investigations into alleged attempts to corrupt the elections. Several mayors were provisionally suspended, Carrillo said.