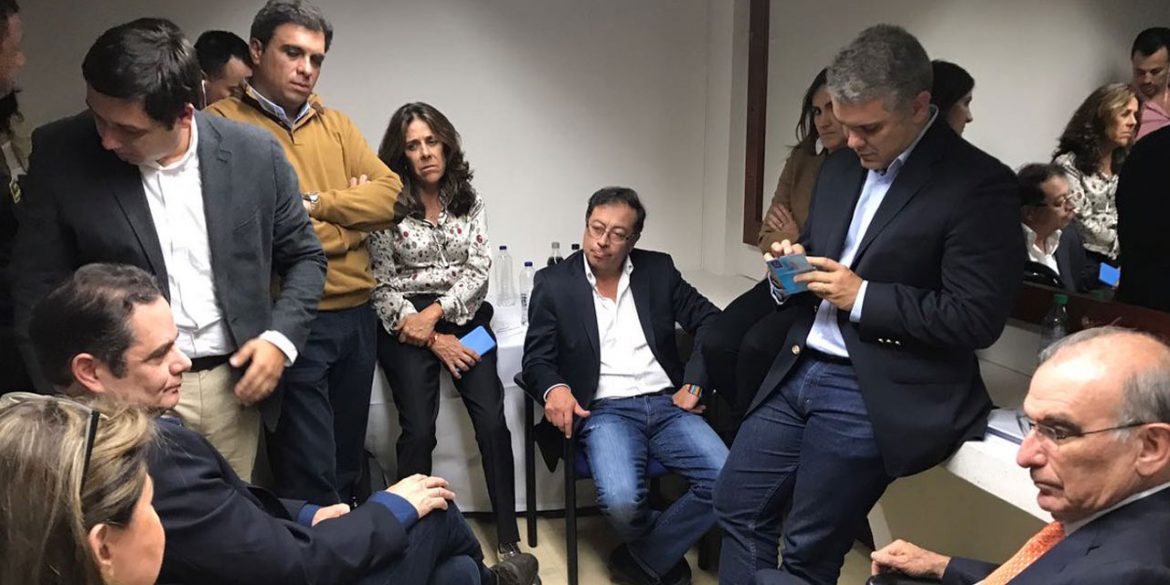 A debate between Colombia’s presidential candidates was suspended in the city of Manizales on Wednesday amid protests outside the theater where the debate was to be held.

The local convention center was too small to allow the entry of hundreds of people trying to witness the first presidential debate ever in the city.

According to news website Kienyke, the dozens of people left out of the building demanded to be able to hear the debate.

The blockade forced the protege of former President Alvaro Uribe to walk to the venue through a hostile crowd while opponents of the candidate shouted “puppet.”

Former Vice-President German Vargas said on Twitter that he was “subjected to multiple verbal and physical attacks, my daughter too.” Video released by the candidate showed a crowd loudly accusing him of being corrupt.

Petro said that Vargas “tends to believe … that because those who protests are young they are my followers,” said Petro before asking “the young people of Caldas to allow the debate.”

The organizers of the event decided to cancel the public debate after the protests continued to be heard inside the theater where the debate was held. Instead, the candidates agreed to a private debate for the local television network.

Electoral observers called on citizens to “reject the actions of political intolerance that occur during the election race.”

Their organization MOE released a study last week in which it warned about the prevalence of hate speech online.

The election race has been marred by violent incidents and protests. Leftist candidates suffered physical attacks and an election rally organized by Uribe was disrupted by protests.

The elections are the first since the demobilization of Marxist rebel group FARC and take place amid a peace process that has been marred by irregularities.