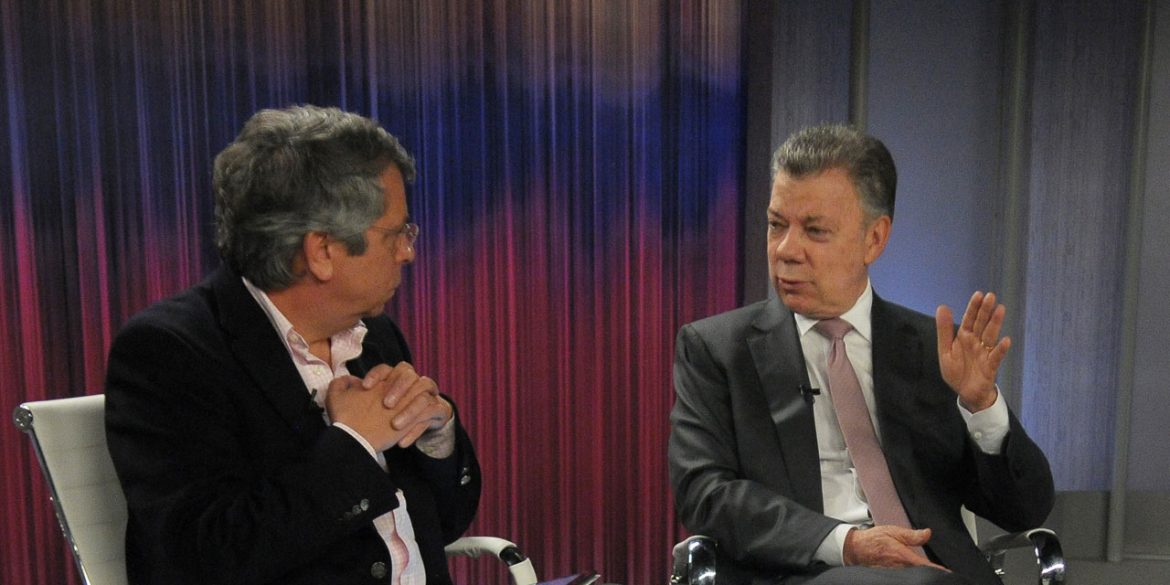 The anti-establishment candidate met with the secretary general of the Organization of American States and the Inter-American Commission on Human Rights on Thursday.

According to Petro, evidence indicates that he was shot at after police drove him into a hostile crowd that was throwing rocks and eggs to the social democrat’s supporters.

Experts consulted by local media confirmed Petro’s claims, but local police and the prosecution have have claimed that the leftist anti-corruption advocate’s armored car was not hit by bullets.

According to the authorities, rocks broke the bulletproof glass. (Image: Twitter)

According to Santos, Petro could be trying to inflate the gravity of the attack for political purposes.

“I don’t see any reason for Petro to make such a spectacle. What is he after? Publicity? Making himself a victim? Because here he has all guarantees and he knows it,” the president said.

According to Santos, the attack in the city of Cucuta was “unfortunate, but he is also exaggerating what happened with the accusation that this was an assassination attempt.”

Petro said to be disappointed by the president. “I was hoping for a serious pronouncement of the president. So, according to him I tried to assassinate myself?” the candidate said on Twitter.

The attack and possible assassination plot have revived concerns over the possible return of extreme political violence that cost the lives of several presidential candidates in the 1990s.

Weeks before the assassination of Luis Carlos Galan a plan to kill him was discovered in Medellin. The authorities said it was an exaggeration.

Secretary General Luis Almagro of the OAS said on Thursday that “we agree with the candidate that the recent actions against him must be investigated and clarified.”

He also urged “all candidates in Colombia to take a stand against electoral violence.”

Hard-right former President Alvaro Uribe and other conservative candidates have been rallying against Petro, accusing the social democrat and anti-corruption advocate of being a communist.

Unlike all other candidates, Uribe has refused to condemn violence, but rejected protests that frustrated his own campaign rally hours before violence erupted in Cucuta.

The political situation is particularly tense because the Supreme Court has ordered to reopen investigations into the former president’s alleged involvement in the formation of far-right death squads in the 1990s.

According to the country’s notoriously unreliable polls, Uribe’s candidate, former Senator Ivan Duque, is going head to head with Petro.