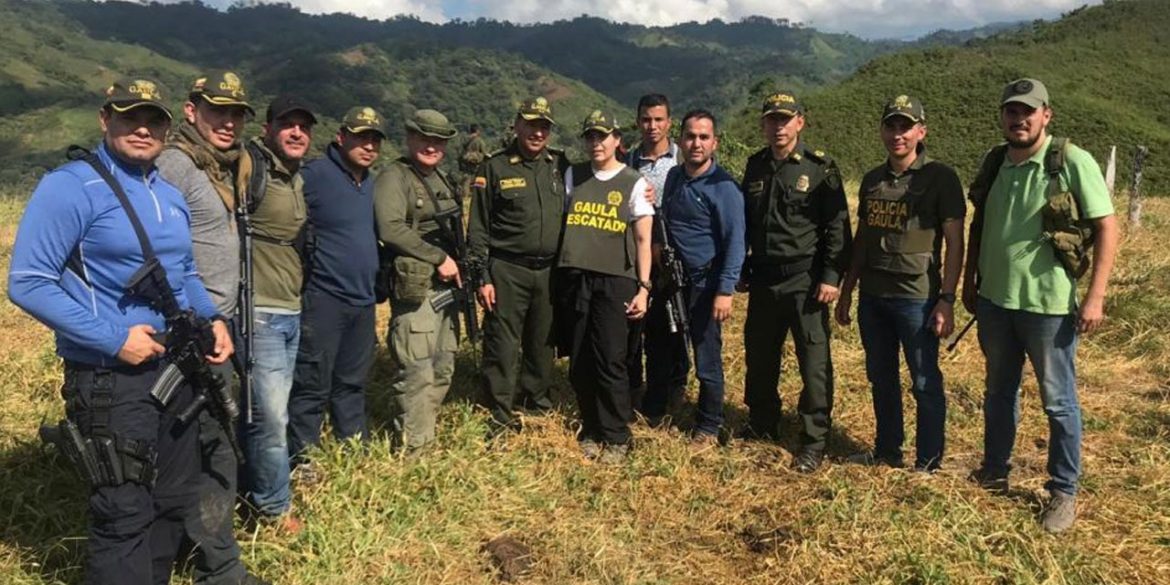 The victim, Melissa Martinez, was rescued earlier that morning in a rural area in Santa Marta, close to where she was kidnapped in late august.

Authorities previously said the victim had been kidnapped in early September.

“I am very happy to inform the country that Melissa Martinez was rescued in an impeccable operation that at no point put her life at risk,” Duque told media.

The 11 alleged kidnappers, including their alleged leader, were arrested, according to outgoing Police commander General Jorge Nieto.

Nieto said that the kidnappers formed “an organized crime group, but its leaders were members of paramilitary groups and their chief was taking part in ‘Justice and Peace’,” the transitional justice system that came into force after the demobilization of paramilitary umbrella organization AUC.

Martinez is the granddaughter of the brother of Colombia’s most famous writer ever, Jaime, and was held in the Sierra Nevada region while the kidnappers initially demanded a $5 million ransom.

The director of the anti-kidnapping unit Gaula, General Fernando Murillo, told newspaper El Tiempo that the kidnappers planned to kill Martinez once the ransom was paid.

The Rojas Clan that has been accused of being behind the kidnapping was one of the AUC’s paramilitary groups that was active in the area around Santa Marta, an important port city for cocaine exports and contraband.

Like thousands of other AUC members that demobilized under former President Alvaro Uribe, the Rojas Clan had formally demobilized and disarmed, but continued to carry out criminal and paramilitary activities.

Martinez, a 34-year-old businesswoman, was reunited with her family after a brief medical check. The arrest of the alleged members of the paramilitary group will have to be approved by a judge.