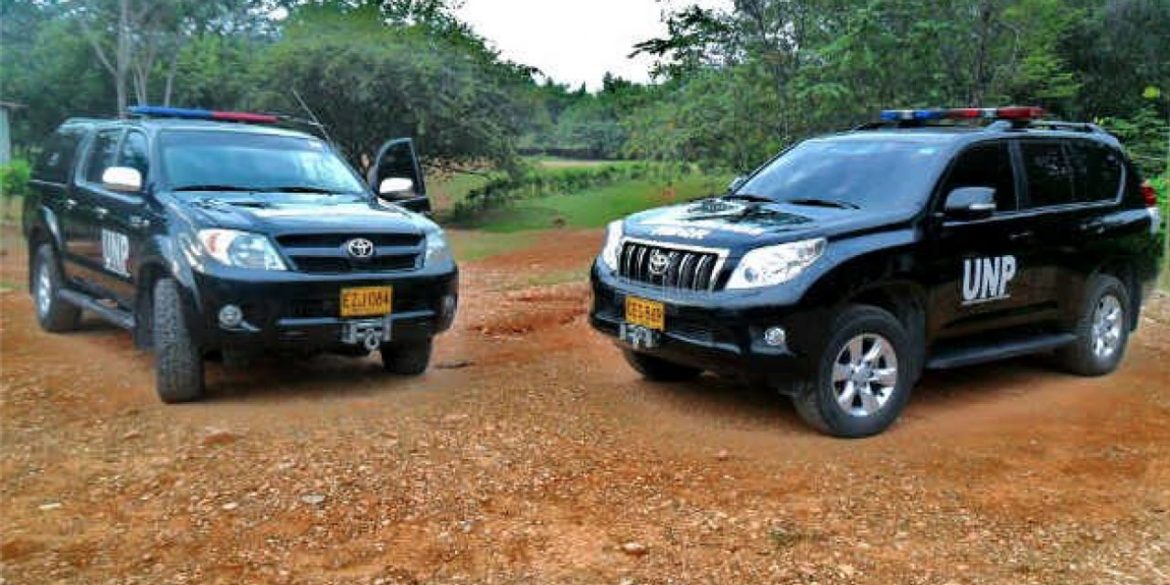 Colombia’s government ordered the bodyguards of demobilized FARC leaders to hand in all machine guns in the middle of the former guerrillas’ first local election campaign.

The controversial order of National Protection Unit (UNP) director Pablo Elias Gonzalez triggered the concern of the FARC leaders who have seen 139 of their members assassinated since a 2016 peace deal.

Another two demobilized FARC guerrillas were assassinated in Cucuta, a city on the Venezuelan border, on Friday.

“Who can explain that, when threats and risks increase, the government decides to remove all support weapons from our security schemes?” FARC party leader Rodrigo Londoño, a.k.a. “Timochenko,” said on Twitter.

In a press release, the UNP responded that the order would allow the unit to “can exercise strict control over the weapons” and denied that Gonzalez “wants to weaken to protection details of former FARC combatants, to the contrary.”

An unnamed UNP spokesperson told newspaper El Tiempo that the decision was taken after the unit lost track of 20 machine guns assigned to bodyguards in charge of protecting FARC leaders.

FARC claim UNP leaving them unprotected not the first

The discord between the FARC and the UNP is the second this year; the political party of the former guerrillas said in February that their bodyguards were refused rifles for trips to high-risk areas on at least 20 occasions.

According to RCN Radio, the government then responded that rifles were only allowed for members of the National Army, a claim now contradicted by the UNP.

The most recent squabble indicates the government was lying at the time.

Chaotic UNP not just criticized by the FARC

The UNP is in chaos and has come under criticism from the people it is supposed to protect, its own employees and the United Nations.

UNP bodyguards went on strike in July, claiming that the unit’s administration was a chaos and failing to exercise control over all weapons and armored vehicles assigned to the unit.

Additionally, the bodyguards, claimed, the UNP failed to compensate “when the bodyguards work Saturdays, Sundays and on national holidays,” which is compulsory.

One conflict victim told Colombia Reports that his family’s security detail was left without food and lodging after the UNP failed to pay the bodyguard’s expenses.

The United Nations’ mission that oversees the peace process has regularly criticized the UNP in its quarterly reports to the UN Security Council.

As noted in the previous report, the work of the National Protection Unit, including its Subdirectorate for Security and Protection, is hampered by budgetary shortfalls and an incomplete regulatory framework and strategic plan. It will be important for the Unit, the Ministry of the Interior and the Technical Committee to overcome those challenges in a timely manner, especially since requests for protection are expected to increase as the elections approach.

There are no indications the UNP or the Interior Ministry have taken any steps in regards to the UN’s concerns over the internal chaos in the unit.