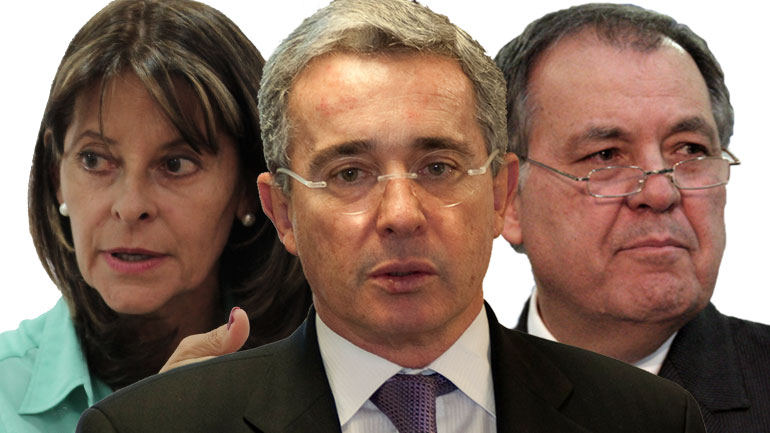 Colombia opposition voices on de-escalation of violence against FARC

A recent announcement of the government to reciprocate a unilateral FARC ceasefire has been met with strong criticism from the country’s conservative opposition.

Colombia’s Inspector General claimed the government is “giving in to the demands of the FARC”, the Democratic Center report the “deception” of the FARC “compromising the safety of Colombians” as Santos announces a UN-backed de-escalation of military violence.

The country is in now in debate after a joint statement from the FARC and the Colombian government was released on Sunday saying they would enact “de-escalation of military actions” beginning July 20 as long as the FARC maintains its ceasefire it had called for that date.

This is the first time the Colombian government have agreed to actually reduce offensive operations against the guerrillas since the beginning of talks in November 2012.

In the meantime the negotiation teams have been divided in order to cover the agenda topics of Victims and End of Conflict in a shorter period of time. The ceasefire and de-escalation of violence from the military will then be evaluated in November when the parties will agree on the next steps towards the agreement of a definitive and bilateral ceasefire.

The UN on Monday released a statement reporting that Secretary General Ban Ki-moon has welcomed this move and welcomes the invitation to engage in the discussion of “end of conflict” agenda topic.

The statement from the UN spokesperson reiterated “the willingness of the United Nations to provide all support required to ensure the successful conclusion of the negotiations and the implementation of a peace agreement in Colombia.”

Reactions from the right have however criticized this move, with members of the Democratic Center from across the country vocalizing their horror. The party released a statement from party president Oscar Ivan Zuluaga, claiming this “compromises the safety of Colombians.”

Zuluaga cited the recent capture of an army official in combat and a recent seizure of 60 kilograms of explosives in the northwestern Uraba region as evidence of terrorism.

He claimed Santos’ plans for de-escalation is an act which “paralyzes our army with the risk of compromising the constitutional mission to protect the lives and property of all citizens”.

Former-president Alvaro Uribe reported that he “cannot believe” the statement of President Santos.

CD senator Nohora Tovar asked for the resignation of the president, claiming Santos has “surrendered the country to the FARC.”

Inspector General Alejandro Ordoñez has furthermore claimed that the Colombian government is “giving-in to the demands of the FARC.” He said “we saw the bloody and painful fruits of the past ‘de-escalation’ of the conflict.”

Ordoñez believes a de-escalation from the military allows for a “strengthening” of the guerrillas, reporting this move  “could now lead to the concentration of its members in areas of the national territory where they have deployed their military presence and criminal activities”.

The FARC’s first unilateral ceasefire was suspended in May as a result of military ambush resulted in a 90% reduction in violence. There were a total of 91 violent events, 79 of these initiated by the Colombian government and 12 by the FARC.

FARC negotiator Pastor Alape reported that during this time there was a lack of conformity among guerrillas who were pursued by military troops at the time.

Many parties have argued that no development can come in the peace talks in the presence of ongoing violence. Guarantor countries at the Havana peace talks have repeatedly asked for a bilateral ceasefire, with the UN questioning the purpose of ongoing negotiations amid continued attacks from both sides.

The rebels and the government have signed partial agreements on political participation, rural reform and the FARC’s abandoning of drug trafficking since the beginning of the talks.

The remaining topics of Victims and End of Conflict will now be dealt with between separate commissions from each party.