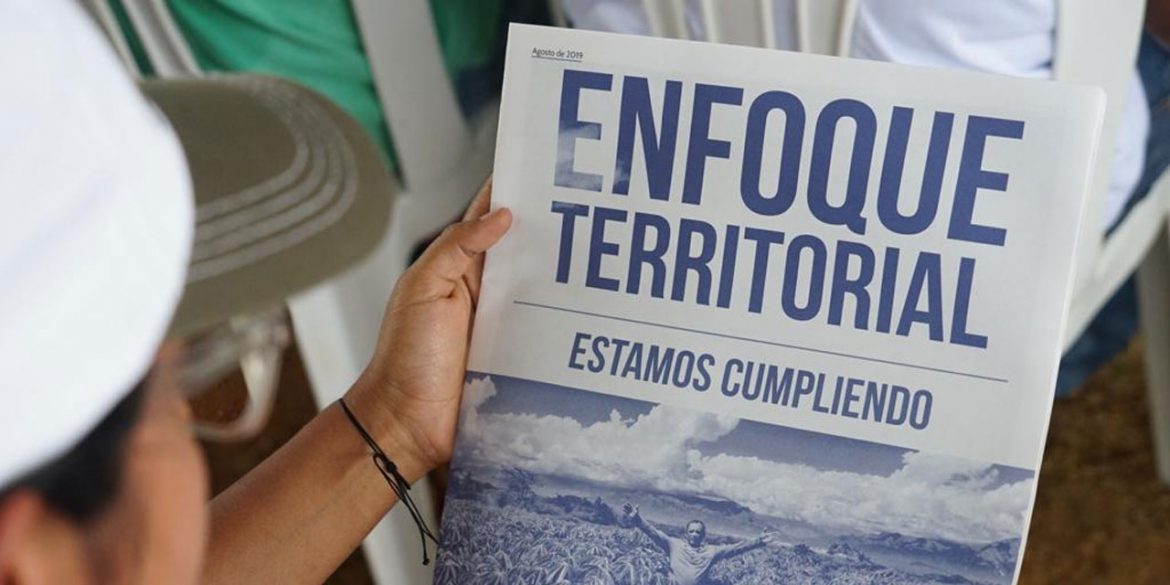 Colombia kicks off peace process rural development plans, or does it?

The so-called Regionally Focused Development Plans (PDET’s) seek to develop 16 priority areas that have not just suffered from decades of violence, but also 200 years of state neglect and abandonment, in the coming 15 years.

The lack of development in these 170 municipalities is staggering, according to President Ivan Duque’s post-conflict coordinator Emilio Archila.

“Colombia has an average aqueduct coverage of 98%. However, when you look at rural areas it is 40% and in PDET areas it is 10%. In other words,only one out of every 10 families has water and sewage,”  Archila told economic magazine Dinero.

Access to potable water isn’t the only problem in these regions. The extreme poverty rate in these regions is almost 30% while nationally this is 7.4%, there are no roads that allow farmers access to the legal economy and forces them to grow illicit crops like coca, the base ingredient of cocaine, and so on.

While the government is celebrating its self-proclaimed compliance with arguably the most important part of the program, critics are saying it’s for show.

Archila told RCN Radio on Friday that the government had approved 232 investment projects with a total value of $326 million (COP1.1 billion). The day before the approved budget was $56 million, the same official told National Radio.

According to opposition congresswoman Juanita Goebertus of the Green Alliance party, the government is deceiving the public. The approved funds are not sent to the priority municipalities, but to provinces of which some don’t take part in the development programs.

Two weeks earlier, lawmakers in support of the peace process said that the government only allocated 13% of what should have been allocated to the PDET municipalities.

In its initial 2020 budget proposal, the government proposed to spent 0.8% of Colombia’s GDP on peace building. The agreement was 10%. The pro-peace coalition that consists of the leftist opposition and the center-right voting bloc tried to change this, but so far to no avail.

Duque has been reluctant to carry out the rural reform that seeks to combat abject inequality in the countryside; his far-right party fiercely opposes the peace process and everything that comes with it.

Furthermore, the ruling party prefers the development of mining and agro-industrial projects rather than rural development based on the needs of the approximately 7 million people living in the war-torn regions.

Politicians and think tanks have little faith the current government will implement the peace deal, and in particular the rural reforms that come with it.

“The government announces small investments here and there on a daily basis, and that’s fine; but when you look at the whole, you have to agree that we’re losing the quantitative dynamics of the post-conflict period,” according to former agriculture minister Juan Camilo Restrepo.