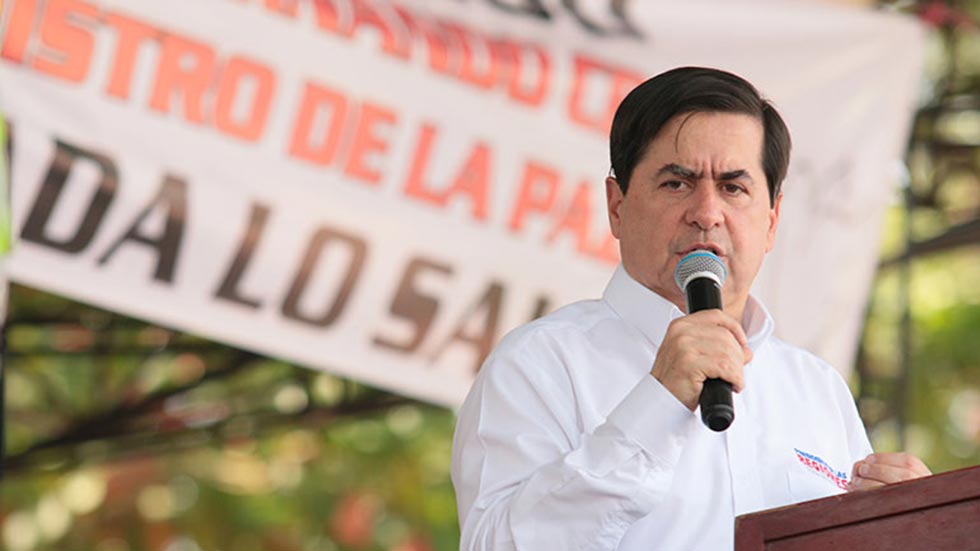 Colombia’s interior minister said Tuesday that a revised peace deal with FARC rebels that was reached Saturday is final and will not be amended also if the conservative opposition continues to rejects it.

Former President Alvaro Uribe, the leading opponent of the initial deal, urged the government Saturday to keep the door open for further changes.

But in an interview with Bogota newspaper El Tiempo, Interior Minister Juan Fernando Cristo said that “keeping the door open for modifications would be condemning it to fail.”

Instead, Congress will begin debates on how to ratify and effectively begin the implementation of the peace deal on Wednesday, according to Senate president Mauricio Lizcano of President Juan Manuel Santos’ U Party, reported news agency Colprensa.

According to Lizcano, the coalition’s intention is to seek the congressional vote necessary to resume the peace process that was stopped in its tracks when Colombia’s voters turned down the initial peace deal on October 2, five days after it had come in effect.

The opposition, however, has only just begun scrutinizing the 310 pages of the new peace deal that was not made public until Monday morning rejected the government’s position to not allow further adjustments.

“This is not a final agreement and we will thoughtfully study, revise and analyze it. After this careful analysis we will present our conclusions to the public opinion.”

However, while the opposition intends to take its time for further negotiations, citizens on Twitter massively told Uribe and his allies on Sunday already to “stop fucking about.”

Bogota’s central Bolivar square filled with supporters of the peace deal, demanding the swift implementation also urged by the United States and the United Nations.

Numerous NGOs and victim groups announced a march in Bogota for Tuesday afternoon to show popular support for the agreement and its swift implementation.

But this support is far from unanimous, especially among FARC victims, a minority among the 8 million victims left by the armed conflict with multiple victimizers.

Nevertheless, the government is in a hurry.

If Congress doesn’t begin the ratification process on November 23, its implementation will not be secured before Congress goes on recess in December and the suspended FARC demobilization would not be able to resume until at least February.

However, with desertions already reported, such a delay would increase the risk of guerrillas deserting the organization to join other groups or form new ones, effectively undoing the group’s demobilization and disarmament.