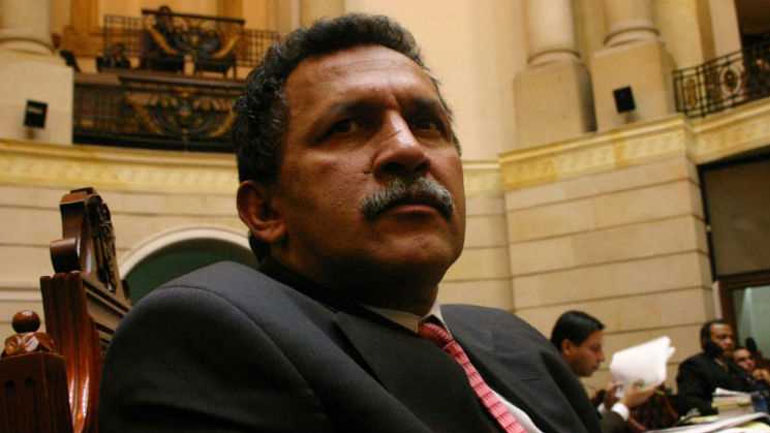 A former Colombian congressman was sentenced to 10 years in prison for using far-right paramilitary death squads to get elected into Congress.

Former House Representative Luis Almario (Conservative Party) may also face another conviction as he is still under investigation for also having links with the the far-left guerrilla group, the FARC.

Almario is one of approximately 50 congressmen who have been sentenced for ties to illegal armed groups in a scandal that has been dubbed “parapolitics.”

The Supreme Court concluded on Wednesday that the ex member of the House of Representatives had an alliance with the Caqueta Bloc of the Peasant Self-Defense Forces of Cordoba and Uraba and the Southern Front Andaquies of the Bloque Central Bolivar, when these illegal armed organizations were present in the region of Caqueta in the Amazonas between 2001 and 2006.

In this regard, the Tribunal demonstrated that there was an alliance, in which the former politician promoted these illegal groups in exchange for benefits.

“He was shown the conspiracy in which the political leader incurred in promoting self-defense, which was given of the consideration agreed in meetings with members of the same and that resulted in the criminal alliance,” said the Supreme Court of Justice.

Almario promoted such organizations in the area in order to achieve notoriety as well as gaining an improved social and political status.

“The agreements between senior representatives of institutions and armed groups outside the law recalled the Court- configured very particular ways of co-opting the State, in order to use the civil service of the paramilitary cause and promote action illegal group, “said the Court.

His name was punctuated first by his links with FARC guerrillas in 2008. At that time, prosecutors linked him to alleged participation in the slaughter of the Turbay Cotes family on December 29, 2000.

This incident involved the murder of Diego Turbay, his mother and five of his bodyguards. A few days after his capture, Almario resigned his position in the House of Representatives.

He now faces a further investigation in to his alleged links with these murders.

The sentence of Almario is another case in ongoing revelations about high ranking Colombian political figures engaging in ‘parapolitics’, having links with groups outside the law.

Links between these paramilitaries and politicians have been common in Colombia in the 1990s and the first decade of this century.

Involvement in “parapolitics,” has so far resulted in the incarceration of dozens of former Congressmen who had used paramilitary money or intimidation to get elected into office, mainly in the 2002 and 2006 elections.