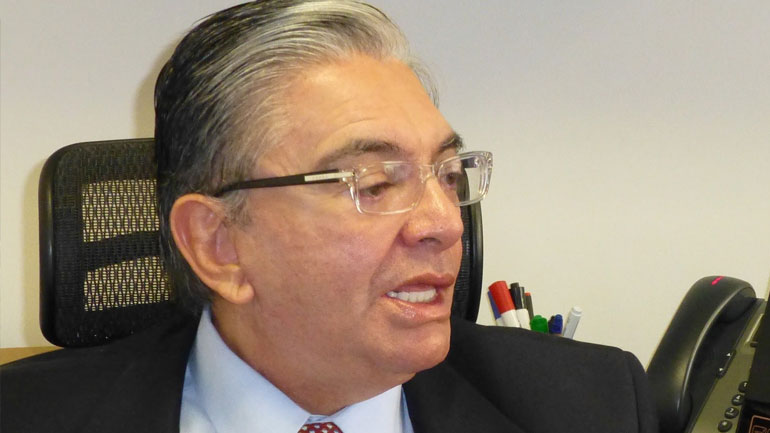 A Bogota court has asked the Prosecutor General’s Office to investigate alleged ties between Colombia’s former Minister for Interior and Justice and far-right paramilitary groups.

The Bogota Justice and Peace Tribunal, in charge of criminal investigations against former members of the now-defunct paramilitary umbrella group AUC, sent evidence of the alleged ties between the paramilitaries and former Minister Fabio Valencia to the chief prosecutor with the explicit request to proceed with a criminal proceedings.

According to the court that was investigating former paramilitary chief Ramon Isaza, there exist merit to prosecute Valencia, a senior dynasty politician and political power broker who currently is adviser of his former boss, ex-President Alvaro Uribe, and the conservative Democratic Center party.

Among the evidence sent to the court is a letter by the paramilitary commander to Valencia in October 1994.

In this letter, the paramilitary leader rejected supporting Valencia in that year’s Conservative Party primary.

“We seek to establish if what is mentioned in the document sent by Ramon Isaza to Fabio Valencia Cossio really took place and whether the Conservative Party sought the support of Ramon Isaza to allow political incursions in areas under control of the Agrarian Self-Defense Forces of Magdalena Medio.” said the sentence.

The Valencia family is one of the most powerful political dynasties in the Antioquia province with close ties to the Uribe family, but also drug traffickers.

While Valencia was minister of justice, his brother Guillermo, who was chief prosecutor in Medellin at the time, was arrested for being on the payroll of “Don Mario,” the founder of paramilitary successor group AUC.

Link between death squads and political dynasties were eerily common in Colombia in the 1990s and the first decade of this century.

The phenomenon, called “parapolitics,” has so far resulted in the incarceration of dozens of former Congressmen who had used paramilitary money or intimidation to get elected into office, mainly in the 2002 and 2006 elections.