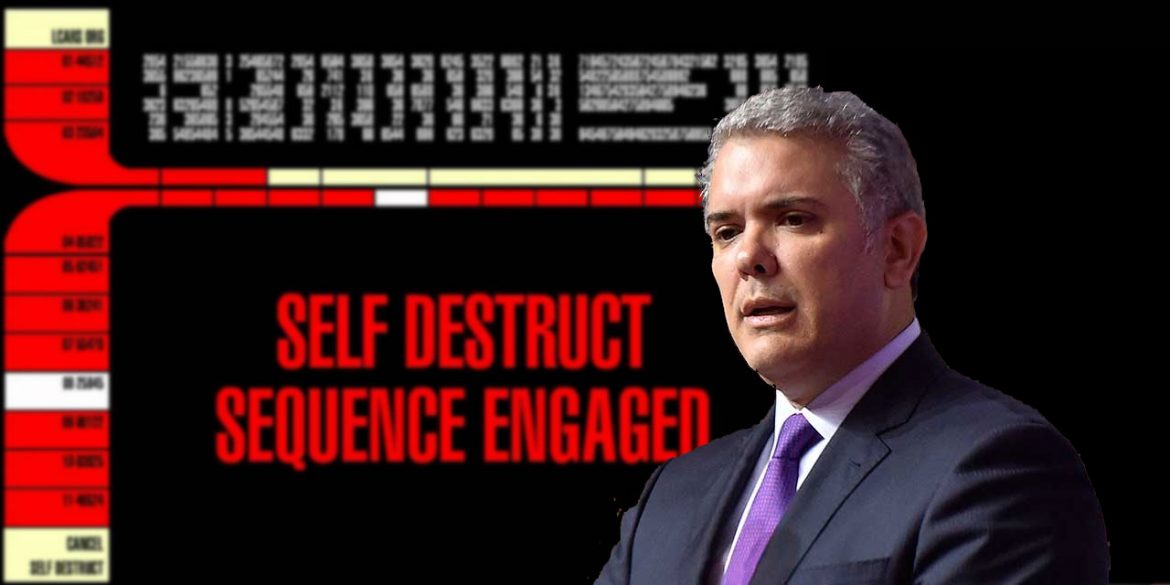 Colombia’s strike leaders are due to appear in Congress on Wednesday as anti-government protesters are preparing for the third and possibly biggest national strike in a week.

Duque and his far-right Democratic Center party appear to have entrenched themselves in an isolated corner, as even coalition partners are calling for dialogue.

Foreign allies have refused to openly support the president, who is about to be confronted with the seventh day of protests against his unpopular government and widely rejected policies.

Following the death of a protester that shocked the country on Monday and failed talks on Tuesday, regional strike organizers have been planning major protests throughout the country.

In a speech at a summit of controversial ranchers federation, Fedegan, Duque reverted to stigmatizing the protests, a tactic which on previous occasions has only destroyed his leverage and public approval.

According to a poll released on Tuesday by CNC, the president’s urban approval rating plunged 12% to 39%. The pollster is historically the most optimistic about presidents’ approval. Gallup put Duque’s approval rating at 29% ahead of the strike.

While Duque has been on his mission of self-destruction, protests have been held throughout the country on a daily basis with no sign of them losing momentum.

Having had two runs already, regional strike committees plan to make Wednesday’s protests the biggest yet.

In the capital, Bogota, people have been called to gather at 9AM at the National Park. Hundreds of thousands of people are expected.

In Medellin, Colombia’s second largest city, protesters have been called to peacefully occupy the local and regional administration area at the same time.

In Cali, several marches will be held, with most attention focused on a massive gathering at the old train station, also at 9AM.

The police’s initial attempts to brutally repress peaceful protests in Bogota triggered state terrorism investigations, which has forced it to behave.

With the exception of Thursday, police in Medellin, Cali and other cities have done nothing but facilitate the peaceful protests.

Getting Duque out of his foxhole

While Congress reached out to the strike leaders, Inspector General Fernando Carrillo offered Duque mediation and a way to get the president out of his foxhole.

The strike leaders told Carrillo they insist on negotiating directly with president, whose refusal to listen and overreaction has only weakened his position. The labor unions and student leaders asked the inspector general to function as a guarantor to prevent Duque breaking his word again or going on another self-destructive binge.

The president still has 33 months to go in office, but has been undermining his own authority with such rigor that it has become increasingly uncertain whether he will make it that far.