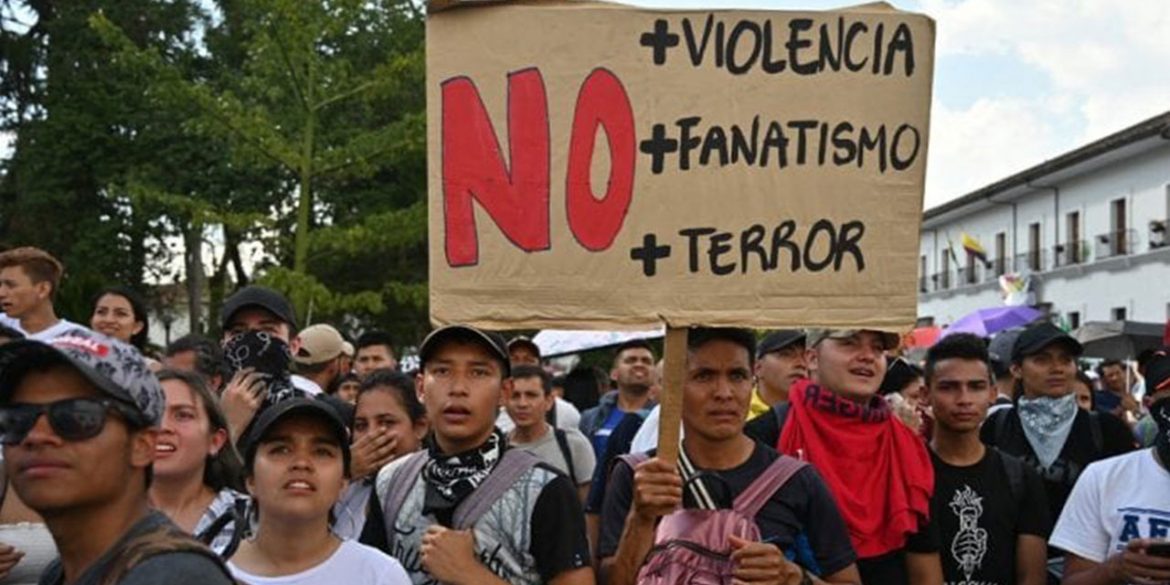 The organizers of a national strike and anti-government protests in Colombia abandoned negotiations with President Ivan Duque just hours after they began and called for an intensification of protests.

The committee of strike organizers disagreed with  Duque’s “National Conversation” proposal and the prominent role reserved for business associations, watchdogs and corporations, according to weekly Semana.

Duque proposed a four-month agenda of meetings between different sectors of society on Thursday parallel to the talks between the president and the strike leaders on Monday.

Duque expected the strike leaders to integrate the national conversation and follow the government’s agenda, which the organizations refused. They want the government to hear their demands and negotiate policy changes.

Furthermore, “the ESMAD must be dismantled,” the teachers’ representatives said a day after the death of a student protester at the hands of the loathed riot police unions.

The labor unions and student leaders called on those participating in the anti-government protests to hold another “cacerolazo” and bang pots and pans at noon and organize vigils for the fallen student in the evening.

The strike leaders asked their constituencies to intensify protests on Wednesday and called on regional strike committees to convene and reiterate their support for the negotiators who met with the president.

While little has been made public about the content of Duque’s national conversation agenda, Bogota Mayor-elect Claudia Lopez on Sunday hinted that the government initiatives were too focused on explaining government policy rather than negotiating the demands put forward by the protesters.

Since before the strikes, the government appeared to believe that its abysmal approval rating and recent defeat in the local elections is a PR issue rather than a general rejection of its policies.

The strike leaders made it clear that nobody taking part in the mass protests is interested in more government propaganda, but that they expect an end to misrule and policy changes.