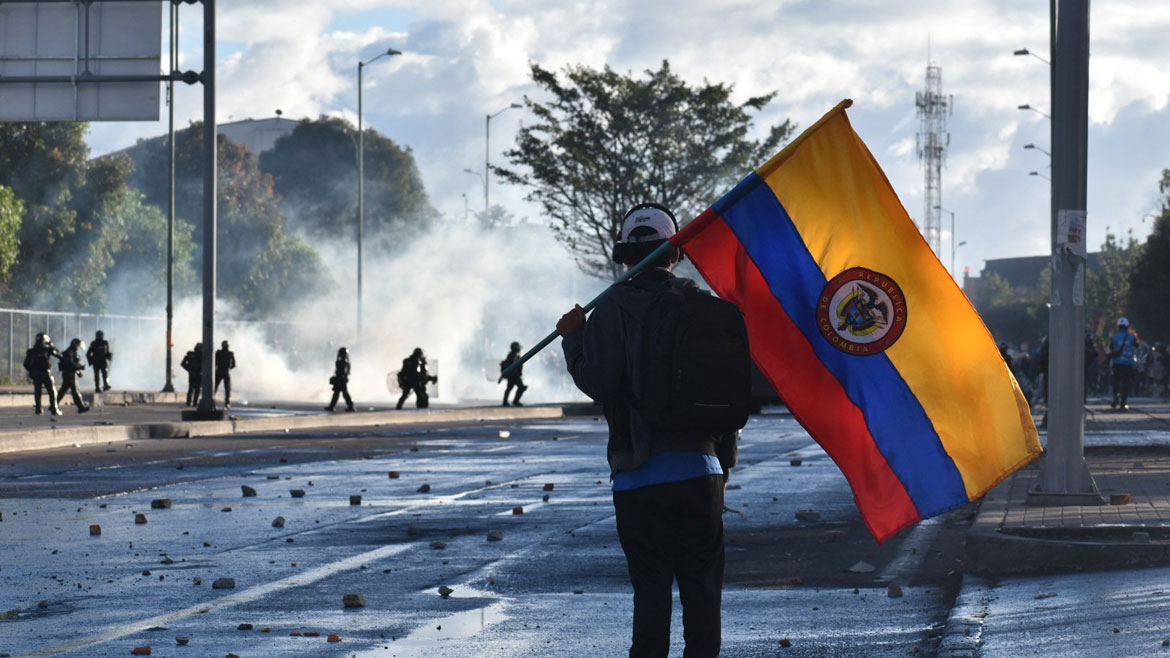 Colombia downplays number of victims of violence during protests

In a press statement, Ombudsman Carlos Camargo said Wednesday that “40 injuries, 24 civilians and 26 members of the security forces, were reported.”

The Bogota office of the Red Cross and municipal authorities in seven provincial capitals reported 176 injured civilians during the latest national strike since protests began on April 28.

Colombia Reports tried to verify if people were injured in seven other cities where clashes between police and protesters were reported, but has been unable to get a response.

The National Police said Wednesday that 80 officers were injured during the protests.

Despite being responsible for public security, the police reported no civilian injuries.

Human rights organization Temblores said it was able to verify 128 reported cases of police brutality in apparent attempts to quell the protests.

Temblores reported 40 victims of assault by police. This number is lower than reported civilian injuries as not all injuries were allegedly caused by the police.

According to Temblores, the police carried out 39 attacks on peaceful protests, of which 14 took place in residential areas.

Doctors providing first aid to injured protesters were attacked by police in Cali, one of them told Colombia Reports.

At least 41 people were arbitrarily arrested on Tuesday, according to Temblores.

Another 70 people who had been “indicated as responsible for committing a series of crimes” on the day of the protests were arrested on Wednesday, National Police director General Jorge Luis Vargas said.

Ahead of the protests, at least 12 people people were arrested on claims they were planning on committing acts of violence during the protests that were largely peaceful except where police intervened.

The so-called “Judicial Frontline,” a collective of attorneys that provides free legal aid to protesters accused of crimes, previously secured the released of at least seven protests who had been accused of terrorism.

The collective also represents this website in court after Colombia Reports was sued over its reporting on the protests.

The Ombudsman’s Office has been contradicting itself about anti-government protests after Camacho, who is notorious for his alleged corruption, took office earlier this year.

The Ombudsman initially said 13,300 people took part in the protests, but later by claimed that 40,000 took to the streets on Tuesday.

Defense Minister Diego Molano said that he had deployed 53,000 policemen and 36,000 soldiers to “provide security” during the protests. This would be almost three times the number of protesters reported by the controversial minister.

Molano and the National Police chief claimed illegal armed groups were promoting violence during the protests, but arrested no alleged guerrillas and provided no evidence to sustain their claims.