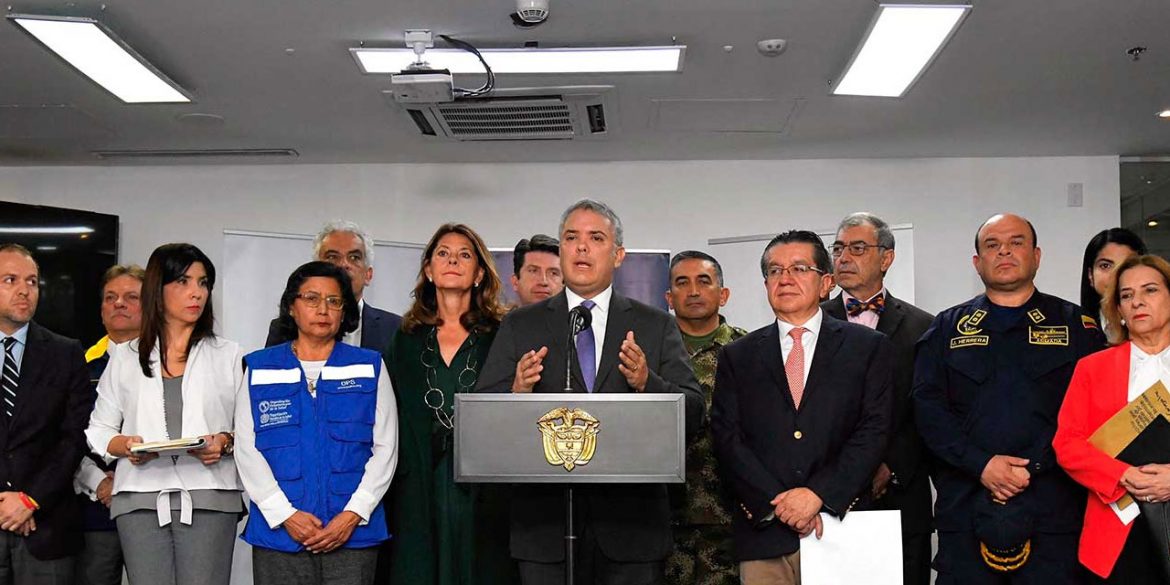 Colombia’s President Ivan Duque declared a health emergency and stringent measures in response to the global coronavirus pandemic on Thursday.

The far-reaching measures include a ban on large gatherings and prison visits while government bodies are coordinating with public officials policies that would allow them to work from home and reduce commuting.

Travelers from abroad are subjected to compulsory health checks while those coming from designated risk countries are obliged to isolate themselves of two weeks.

The measures include a suspension of transit and disembarking of cruise ships until further orders.

Football matches will proceed, but without audiences while homes for the elderly will go on lock-down as the residents of these health facilities are considered the most vulnerable.

Authorities have been intensely informing the public on measures in regards to personal hygiene and contact with others, for example “don’t kiss or shake hands when you salute someone,” Duque reiterated.

Emergency phone lines  have also been made available  to report possible cases of coronavirus.

Colombia’s government has gradually been stepping up measures to prevent an outbreak that could collapse the country’s already fragile healthcare system.

The World Health Organization’s declaration of a global pandemic followed the confirmed contagion of 130,000 people worldwide and the deaths of almost 5,000, mostly in China where the virus broke out first.