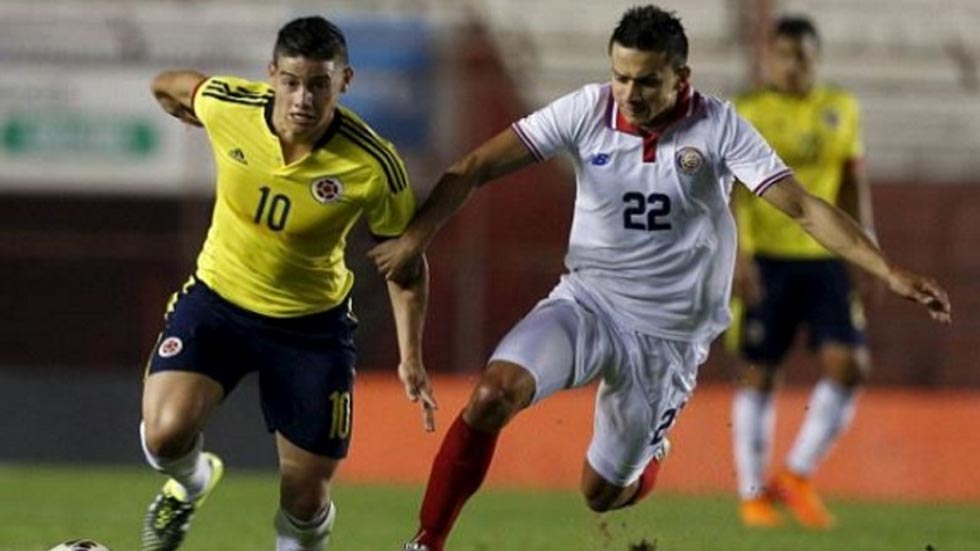 Colombia, already through to the quarter-final stage of the centenary Copa America, went down 3-2 to Costa Rica in Houston, Texas on Saturday.

The result sees Colombia finish in second place in the group behind the USA, leaving them with a potential quarter final showdown with 8th-time winners Brazil.

Colombia coach Jose Pekerman’s decision to field an experimental line-up that included 10 changes to the starting line-up from the team that defeated the Paraguay in round two back fired as “Los Cafeteros” were outplayed for large passages of the game.

Costa Rica, already eliminated from the competition by virtue of the USA’s 1-0 win over Paraguay earlier in the day began the first half in explosive fashion taking the lead in the fourth minute through a wonderful Johan Venegas strike.

Fabra turned from hero to villain in the 33rd minute when he scored an own goal, turning the ball into his own net following a cross from the ever industrious Venegas giving “Los Ticos” a 2-1 lead at the break.

Despite the introduction of Real Madrid star James Rodriguez and Monterrey’s Edwin Cardona following the resumption, it was Costa Rica who continued to dominate.

Pekerman turned to the bench again for his final substitution in the 66th minute introducing Juan Cuadrado which turned the tide of the game in favor of the Colombians as he set up Atletico Nacional sensation Marlos Moreno to score 7 minutes later.

Colombia dominated the final stages but could not find a breakthrough that would have secured a point to see them advance as group winners.

Colombia are now likely to face Brazil in the last eight, a stage at which they fell last year losing to Argentina on penalties.

A tournament win for Perkerman’s side would be just their second in the world’s oldest football competition.