Colombia’s government is diverting attention away from Medellin crime syndicate Oficina de Envigado by claiming that Hezbollah is tied to guerrillas in Venezuela.

President Ivan Duque surprised last week, claiming that “we have seen the presence of Hezbollah cells in countries like Venezuela, with the consent of the dictatorship of [President] Nicolas Maduro.”

Duque made the claim at a regional anti-terrorism summit in Bogota that was attended by US Secretary of State Mike Pompeo and Venezuelan opposition leader Juan Guaido.

“Jaime” is allegedly back 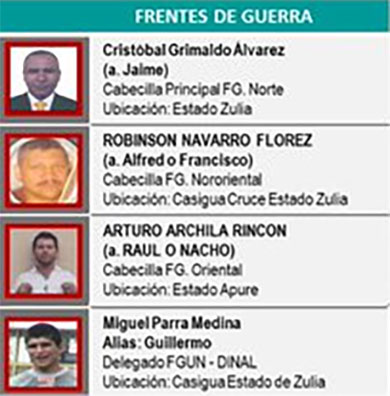 “Jaime” reappearing in the 2019 report that contained fabricated evidence.

The newspaper of Duque’s financial patron, El Tiempo, doubled down on Saturday.

According to El Tiempo, “a guy identified as Cristobal Grimaldo, a.k.a. “Jaime,” is known to be the link between the [Colombian guerrilla group] ELN and the Lebanese group.”

Jaime was arrested in the border city of Cucuta, authorities said in 2002.

Nothing was heard from the alleged rebel leader until he reappeared in a report Duque presented to the United Nations’ General Assembly in September last year.

According to the report on alleged ties between Colombian guerrilla groups and Venezuela’s government, Jaime had become the top commander of the ELN’s Northern War Front and was hiding in the neighboring country.

The report  was discarded after the military was forced to admit it contained fabricated evidence.

The ELN’s alleged international links in the 2019 report that contained fabricated evidence.

The discredited report’s chapter on the ELN’s alleged transnational links did not mention the Lebanese group.

In fact, the State Department has consistently claimed that Hezbollah has ties to the “Oficina de Envigado,” the Medellin crime syndicate that has been linked to the local army unit and elite since the 1980s. 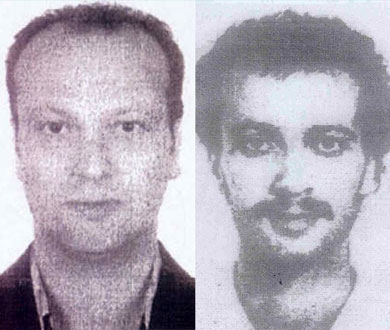 The newspaper also reported that “a man with similar features” as Salman Raouf Salman, the alleged coordinator of a 1994 terrorist attack that killed 85 people in Buenos Aires, appeared on photos taken in the west of Bogota.

“Salman has been seen several times in Colombia, and not only after the attack, but also more recently. His role has been key so that other people linked to Hezbollah arriving in Venezuela could activate cells and from there extend and consolidate their presence in our country,” the newspaper cited an anonymous government source.

“We think he is probably somewhere in the Middle East,” a US official told the Times of Israel in July last year.

According to a report presented before the US Congress in 2017, Salman was last seen in Colombia in 1997.

El Tiempo, which is owned by Duque’s financial patron, has a history of citing anonymous government or intelligence sources whose claims later turned out to be false.