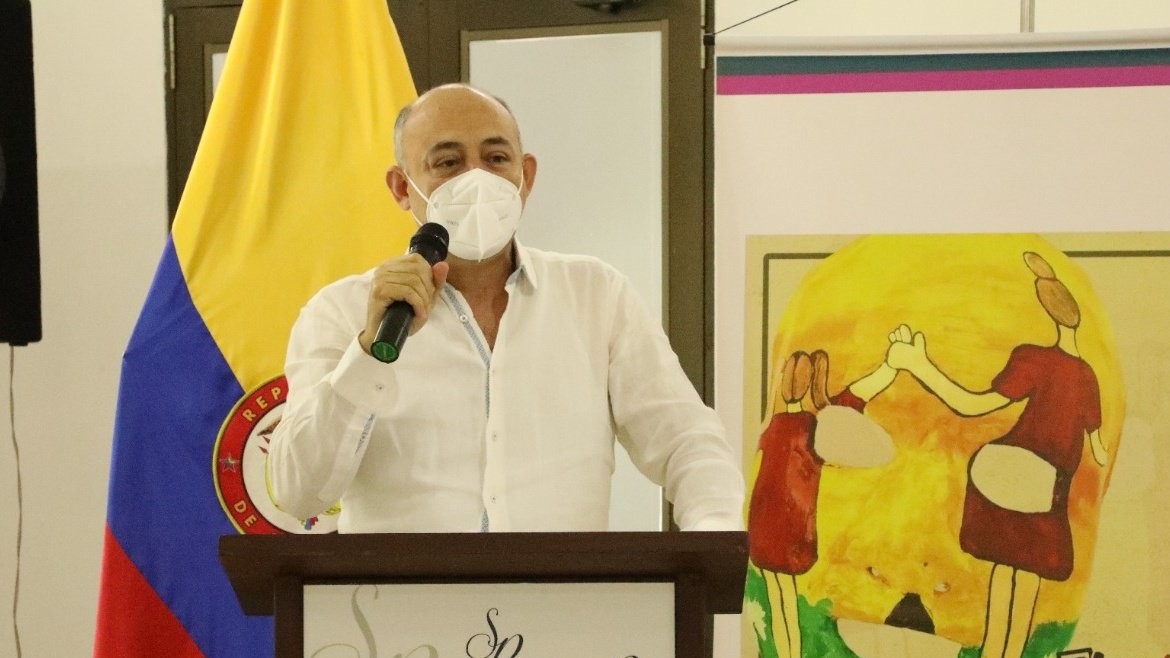 Colombia’s war crimes tribunal charged 15 members of a now-defunct army unit with the murder of 176 people and forced disappearance of 120 others.

Among the charged former soldiers is convicted Colonel Hernan Mejia, who was named “Best Soldier of the Americas” twice and wants to run for president for the far-right Democratic Center party next year.

Mejia was released from prison where the former commander was serving a 19-year prison sentence after submitting to the transitional Jurisdiction for Peace (JEP).

One of the JEP’s most tense cases

Mejia and his successor at the notorious La Popa army battalion, former Colonel Juan Carlos Figueroa, were released from prison as part of an ongoing peace process.

The colonels and their 13 former subordinates will be exempt from prison if tell the truth about the disappearances and murders of civilians who were falsely presented as combat kills between 2002 and 2005.

Revelations of the army unit’s criminal activity and ties to drug traffickers and paramilitary groups forced the National Army to disband the unit.

The investigation against Mejia is one of the most tense of all investigations carried out by the JEP because of alleged death threats against witnesses who have agreed to testify against the feared war criminal.

The former colonel may be sent back to prison if he continues to deny any wrongdoings and refuses to compensate his victims.

While charging the former soldiers, the JEP exposed how La Popa gained its notoriety as one of the National Army’s most criminal and corrupt units.

According to the charges, La Popa was responsible for more than half of the suspicious combat kills reported by the First Division between 2002 and 2005.

The battalion’s mass murders made the First Division, which operates in the Caribbean region, the division with the highest number of reported “false positives,” according to the JEP.

After more than three years of investigating war crimes committed by the military and now-defunct guerrilla group FARC, the JEP has found that more than 6,400 combat kills reported by the army between 2002 and 2008 were in fact executed civilians.