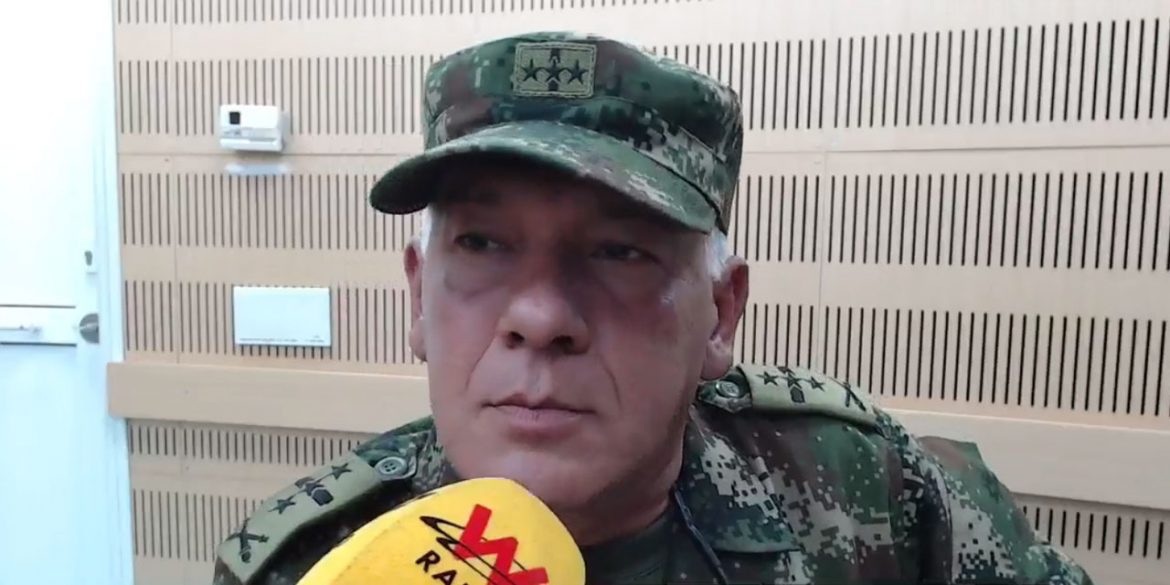 Former army Colonel Hernan Mejia was twice named “Best Soldier of the Americas,” but has since become one of the most feared war criminals in Colombia.

Mejia submitted to the JEP, “with the firm belief that the only way Colombia can reconcile with its past is by telling the truth, that history will not be an an agreement with a set of agreed-upon lies,” he told journalist Vicky Davila of W Radio. 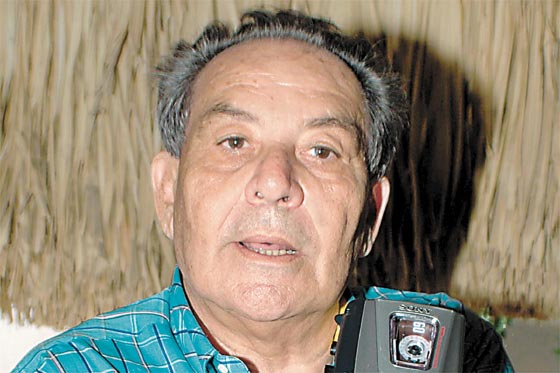 Davila’s father-in-law, Lucas Gnecco, was detained in Mejia’s La Popa batallion when the colonel was in charge.

The colonel’s subordinates, however, fear that if they tell the truth about the former colonel, they will await the same fate as two previous witnesses.

Fredys Oñate and Jose Trinidad were assassinated before they could testify about Mejia’s ties to “Jorge 40,” the paramilitary warlord who also had ties to Davila’s in-laws, the Gnecco crime family.

I want to say something. With all this that I’m telling, I know I’m going to die any moment. I don’t know when, but I know I’m going to die, honorable magistrates. From the bottom of my heart, I want to ask you for protection measures for my family and for myself because my life is in danger and there have already been several threats.

One of Mejia’s subordinates via El Espectador

A judge sentenced Meija to 19 and a half years in prison in 2013, despite prosecutors’ complaints that the colonel’s alleged attempts to obstruct justice “may lead to a decision of exoneration of responsibility, not because the innocence of the suspect is proven, but because of the lack of evidence generated by the fear of witnesses to confirm their accusations and of investigators to delve deeper into the search for the truth.”

The only truth is Mejia’s truth

Between 2002 and 2004, Mejia commanded the now-defunct “La Popa” battalion, the army unit that has the highest number of extrajudicial killings on its name and was disbanded in 2009 because it had become a disgrace for the National Army.

But the colonel insists on wearing his combat uniform in public. According to Mejia, his proven history of violent crime is a source of pride. What is a disgrace that ought to be set straight by the Special Jurisdiction for Peace (JEP) is his prison sentence, according to the former colonel.

Twelve years ago I was subjected to an infamous process initiated by virtue of the operational results presented in the north of the country. Never in 40 years have I had my uniform removed. The only way to separate a soldier, from a legal point of view, from his military force, which implies never wearing a uniform again, is when there is a confirmed sentence, which has not yet happened with Colonel Mejia, and if God and justice shine this will never happen.

The only justice is Mejia’s justice

While in prison, Mejia wrote a book, “I Refuse to Kneel.” which was heralded by far-right Senator Paola Holguin (Democratic Center) as a “tribute to combat soldiers.”

According to the court, it was the apology of the executioner of drug trafficking paramilitaries, who recognizes no justice but his own.

Dear Colonel Mejia, I congratulate you on your integrity. Only someone of your moral strength and in the midst of so much persecution presents this book. We have suffered a long night of injustices that we will have to overcome.

The fact that Mejia was friends with “Jorge 40,” who left 25,000 civilian victims, and Hernan Giraldo, a drug trafficker who allegedly raped at least 200 minors, does not fit the colonel and his far-right buddies’ narrative.

The established fact that the colonel executed victims surrendered by his paramilitary friends rather than guerrillas killed in combat does even less fits the narrative of “a combat soldier,” but rather that of the go-to executioner of drug-trafficking death squads.

Consequently, the judge ruled that “the defendants Publio Hernan Mejia Gutierrez, Jose Pastor Ruiz Mahecha, Aureliano Quejada Quejada and Efrain Andrade Perea will be convicted of the crime of conspiracy to commit a an aggravated felony.”

By virtue of the foregoing, the 6th Criminal Judge of the specialized circuit of Bogota DC, administering justice, in the name of the Republic and by authority of the Law, resolves:

First: Condemn Publio Hernan Mejia Gutierrez… to the principal penalty of 19 years and six months of prison and a fine of 24,500 monthly minimum salaries valid at the time of the events ($2.8 million) as co-perpetrators criminally responsible for the crime of conspiracy to commit an aggravated felony… for the reasons stated.

Second: Condemn Publio Hernan Mejia Gutierrez… to the penalty of disqualification of public rights and functions for a period equal to that of the main prison sentence imposed, for the reasons set forth.

Third: Don not grant Publio Hernan Mejia Gutierrez… recognition of mechanisms other than the penalty of deprivation of liberty, complying with serving the imposed sentence in an penitentiary institution, which will in this instance will be determined by INPEC, in accordance with the foregoing in this providence.

So far, Mejia has refused to admit any of this and is only wearing an army uniform because he submitted to the JEP rather than waiting his appeal. Unless the witnesses who testify against are assassinated, he will get to keep his uniform and 140 medals until the Supreme Court decides to deprive him of his honor.