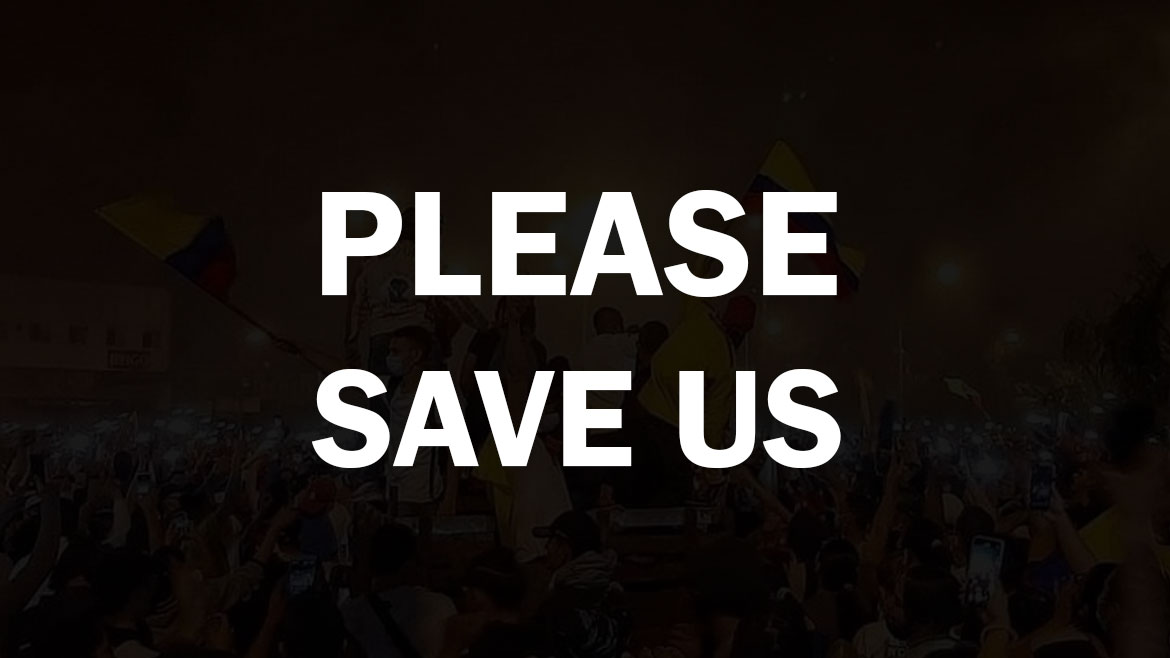 Molano claimed that “criminal organizations are behind the protesters’ acts of violence” and that “these are premeditated and organized actions that are financed by illegal armed groups and the ELN” guerrilla group.

Colombia faces the terrorist threat of criminal organizations, disguised as vandals, who assault cities such as Cali, Bogota, Medellin, Pereira, Manizales and Pasto to destabilize. These acts have been organized and financed by FARC and ELN dissidents.

The defense minister presented no evidence to support his claim that justified the use of military force against anyone opposing the increasingly authoritarian Duque, who came to power in 2018 with the help of the mafia. 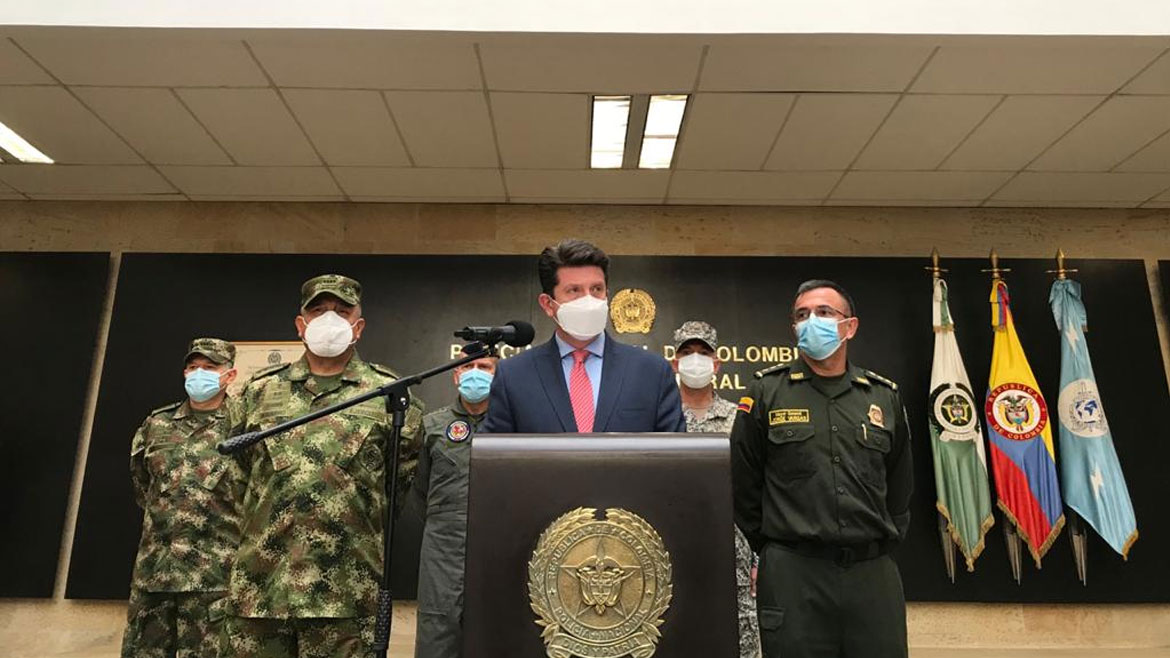 Molano is a minion of former President Alvaro Uribe, an admitted former Medellin Cartel associate who is being investigated for his alleged complicity in multiple massacres and a homicide.

Since anti-government protests that kicked off during a national strike on Wednesday last week, dozens of people have been assassinated by police, according to human rights organizations.

Anti-government protesters in Cali that were accompanied by United Nations representatives came under fire on Wednesday evening, according to the UN’s local human rights chief .

While following up on Cali’s human rights situation, no direct shots were fired at UN Human Rights team. However, other members of the commission received threats and aggressions, as well as shots fired by the police, but no one was hit.

As his city plunged in chaos, Mayor Jorge Ivan Ospina called an urgent cabinet meeting to “save Cali” after which the Mayor, whose cousin was murdered on Sunday, vowed he would “listen carefully to our communities and their clamor and right to live in PEACE.”

According to the chief of the National Police, General Jorge Luis Vargas, the cops responded to an attack on the special forces unit that was suspected of carrying out a terrorism campaign in the city last week.

Similar terrorism campaigns involving security forces were reported in other cities, but could not be confirmed.

“We will never forget what happened today in Colombia, murderers,” one of the many Colombians dismissing the police chief responded.