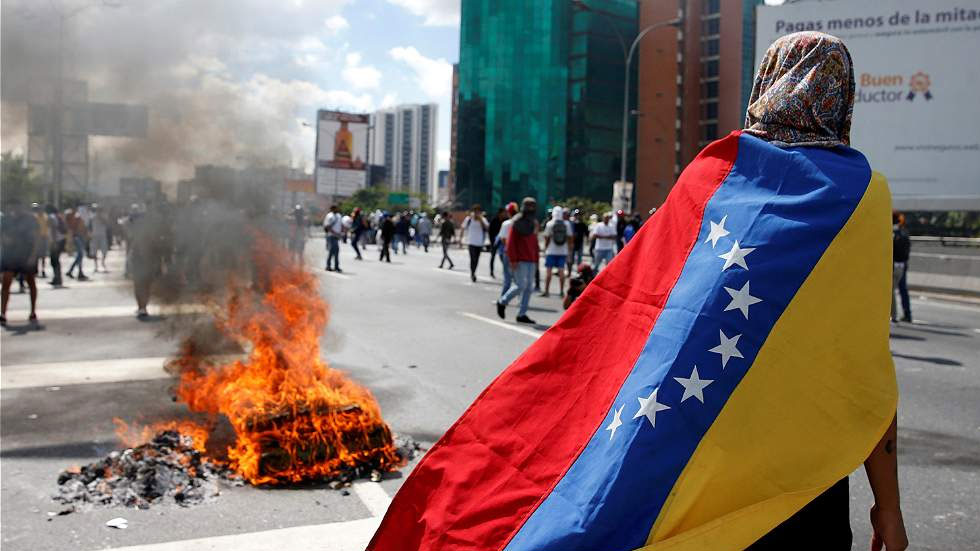 Colombia and 10 other countries asked Venezuela to “guarantee” its people’s right to protest on Monday as five people have already been killed in ongoing anti-government protests.

Also for Wednesday, a coalition of opposition parties are organizing protests demanding a referendum to impeach President Nicolas Maduro, who has come under increasing pressure, both in Venezuela and abroad.

Supporters of Maduro called a march for the same day while the government has called in the military to maintain order in the increasingly grim cities of Colombia;s neighbor to the east.

Taking into account that for Wednesday April 19 both pro and anti-government protests were announced, we call on the government of the Bolivarian Republic of Venezuela to guarantee the right to peaceful protest.

The countries, who jointly expressed their concerns in the Colombian capital Bogota, “reiterate their rejection of violence” and said to “lament and reject the death of six citizens in the series of protests.”

Following the collapse of commodity prices in 2014, Venezuela’s economy all but collapsed, while Maduro’s increasingly authoritarian style of government is causing more and more friction with its neighbors.

Colombia’s call to respect the opposition’s rights is the second diplomatic poke in three weeks.

Since taking office in 2010, the administration of President Juan Manuel Santos has tried to maintain cordial relationships with the neighboring country in spite of frequent provocations by Maduro and his predecessor, the late Hugo Chavez.

Santos’ sensitivity towards Venezuela is because millions of Colombians and Venezuelans have dual citizenship and the neighboring country played a major role — and could be a major spoiler — in peace talks with Marxist rebels groups FARC and ELN.

The peace talks with the FARC have successfully ended while those with the ELN are taking place in Quito.