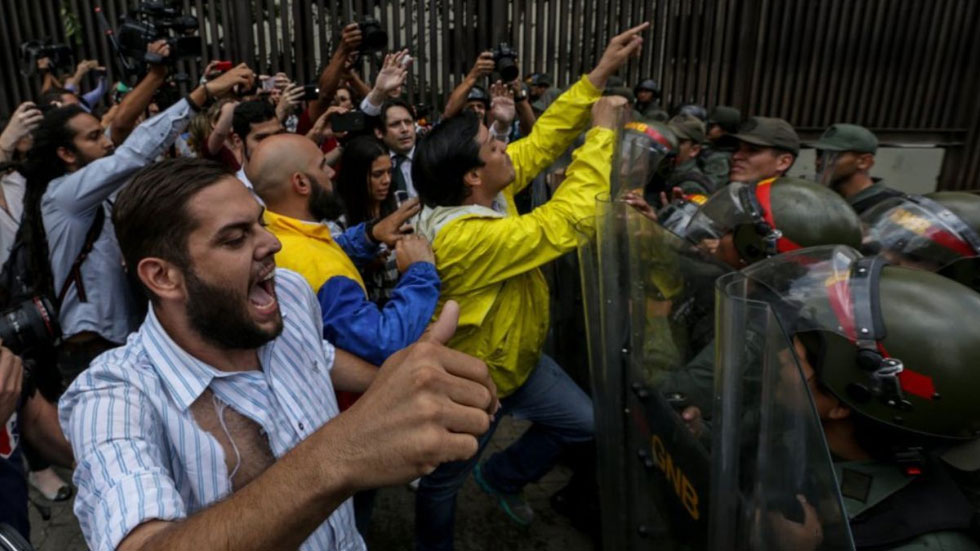 Colombia announced on Friday that it had recalled its ambassador from Venezuela after the neighboring country’s Supreme Court controversially removed the National Assembly’s legislative powers.

Foreign Minister Maria Angela Holguin told press said she had asked Ambassador Ricardo Lozano to return in a “call to inform” the national government about the deepening crisis in the neighboring country.

“We reject this lack of division between power… Here we need strong, independent branches of power to be able to strengthen democracy,” Holguin said at a press conference.

Venezuela’s opposition has called the Supreme Court move a “coup,” and also the Organization of American States rejected the move as the “final blow to democracy” in Colombia’s neighbor to the east.

The court defended its decision, claiming lawmakers were “in a situation of contempt” after allegations three opposition lawmakers were involved in election fraud in the 2015 elections.

Colombian President Juan Manuel Santos has tried to remain a cordial relationship with Venezuela ever since he took office in 2010, in spite of multiple provocations his Venezuelan counterparts.

However, the dismissal of the National Assembly apparently was the drop.

“The only thing this does is further deepen the crisis Venezuela is going through,” Holguin said.

Against the odds, the foreign minister urged “dialogue between Venezuelans.”

Venezuela’s jailed opposition leader Leopoldo Lopez called on his supporters to take to the streets and “reject dictatorship and rescue democracy” while National Assembly Speaker Julio Borges called on the military to join the opposition.