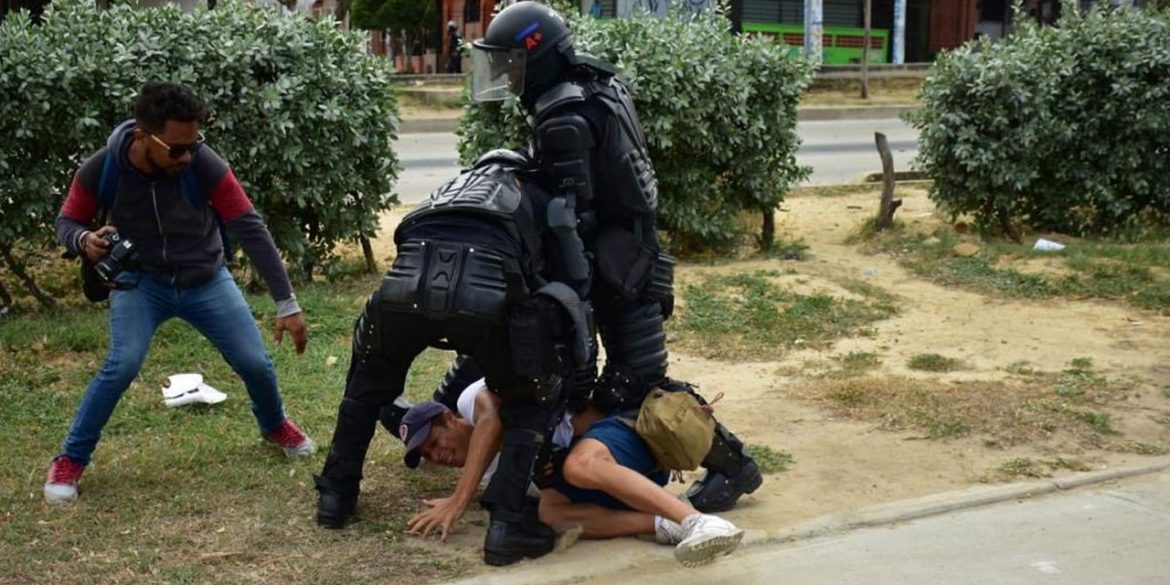 Colombia’s controversial anti-riot police arrested five journalists who were covering an anti-government protest in the northern city of Barranquilla.

According to press freedom foundation FLIP, the journalists were released three hours after their arrest.

Local newspaper, El Heraldo, said that two of the journalists worked for the newspaper and were arrested together with at least 18 students.

The five journalists were aggressively loaded into a truck by members of the police without knowing the reasons why they were being arrested and taken to the Los Almendros police station. After verifying their identity, they were released.

One of the arrested journalists said that the controversial ESMAD riot police unit confiscated the camera of one of the journalists.

According to the FLIP, the Barranquilla Police communications office told the press freedom advocates that the journalists’ arrest was “due to confusion and that they were reviewing the case.”

Barranquilla Police commander General Ricardo Alarcon told El Heraldo that the students were part of a group of 60 that had blocked the road.

The incident with the ESMAD is the latest of more than 40 journalists that have been attacked by police since ongoing protests against President Ivan Duque began Thursday last week.

Ahead of the initial strike day, the authorities were already accused of intimidating media and limiting freedom of expression.

The ongoing protests have so far left “a historical record as one of the most violent against journalists,” according to the FLIP.

The government has tried to violently repress the anti-government protests and is even being investigated, after evidence emerged that police were involved in an “orchestrated terror” plot to intimidate citizens in the capital, Bogota, and Cali, the country’s third largest city.

The protests against the unpopular Duque followed a national strike called by labor unions and student organizations, and are the largest in more than four decades.