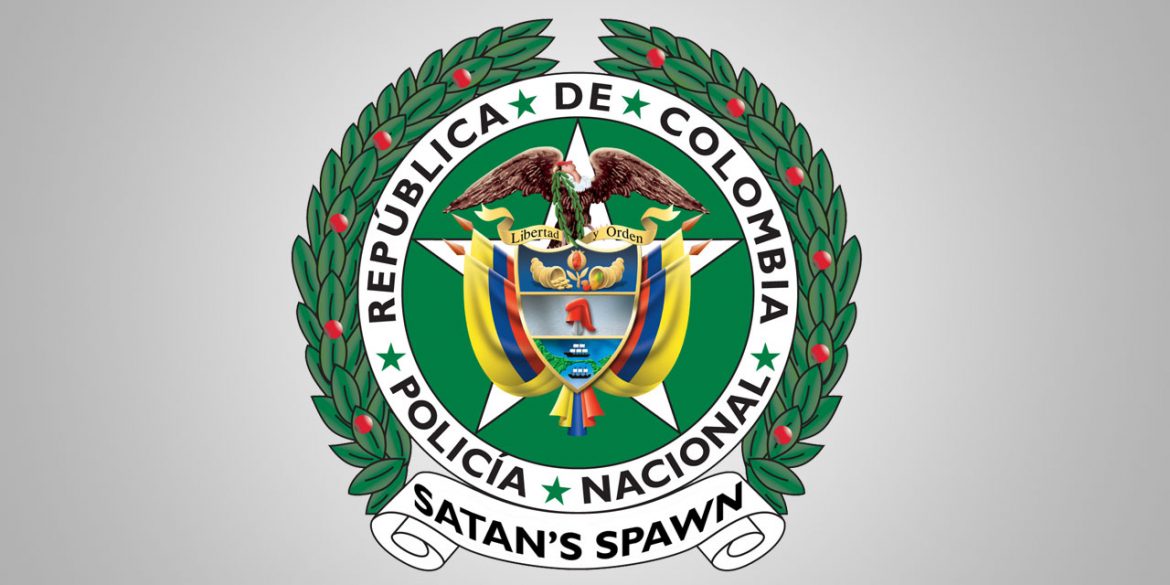 Colombia’s police have been accused of repressing  freedom of expression after raiding a magazine, and the homes of artists and protest leaders ahead of a national strike.

Additionally, press freedom foundation FLIP bashed the National Police for asking Bogota university 070 to delete its “070 Self-Protection Manual Against ESMAD,” in which the publication explains citizen’s rights and how to protect yourself against the police’s notoriously violent anti-riot unit.

According to cultural magazine Cartel Urbano, which was raided, Bogota police carried out as many as 27 raids in the capital.

The prosecution announced the arrest of two alleged members of MRP, a Bogota leftist group accused of terrorist activity.

In a video of the raid of Bogota magazine Cartel Urbano, police were overheard saying they had a search warrant to seize legal “propaganda related to the strike” called by labor unions and supported by dozens of social organizations.

According to labor union CUT, these raids are carried out under the pretext of being “preventive.”

The FLIP said the police raids seek to “intimidate media and limit the freedom of expression.”

In the Medellin Metropolitan Area, police were accused of arbitrarily detaining three people for legally putting up posters promoting the anti-government marches planned for Thursday.

Medellin’s Police Department said they found “suspicious material” in one raid. This suspicious material consisted of gas masks, boots, overalls, a computer and a poster promoting the protest, according to local newspaper El Colombiano.

It is unclear how any of this “suspicious material” would be illegal.

In Cali, police carried out at least eight raids, according to local newspaper El Pais, apparently without finding anything.

The questionable offensive came a day after the national army militarized the capital, allegedly to “assist local police” until Wednesday, the day before the protest marches that are expected to be massive.

Protest organizers and participants have insisted in seeking to hold peaceful protests against the unpopular government.

President Ivan Duque, however, reportedly believes he is the victim of an “attempted coup” based on an unfounded conspiracy theory coined by his political patron, former President Alvaro Uribe.

The government’s erratic claims of an international conspiracy, its militaristic response and refusal to engage in dialogue appears to only have fueled support for the strike.