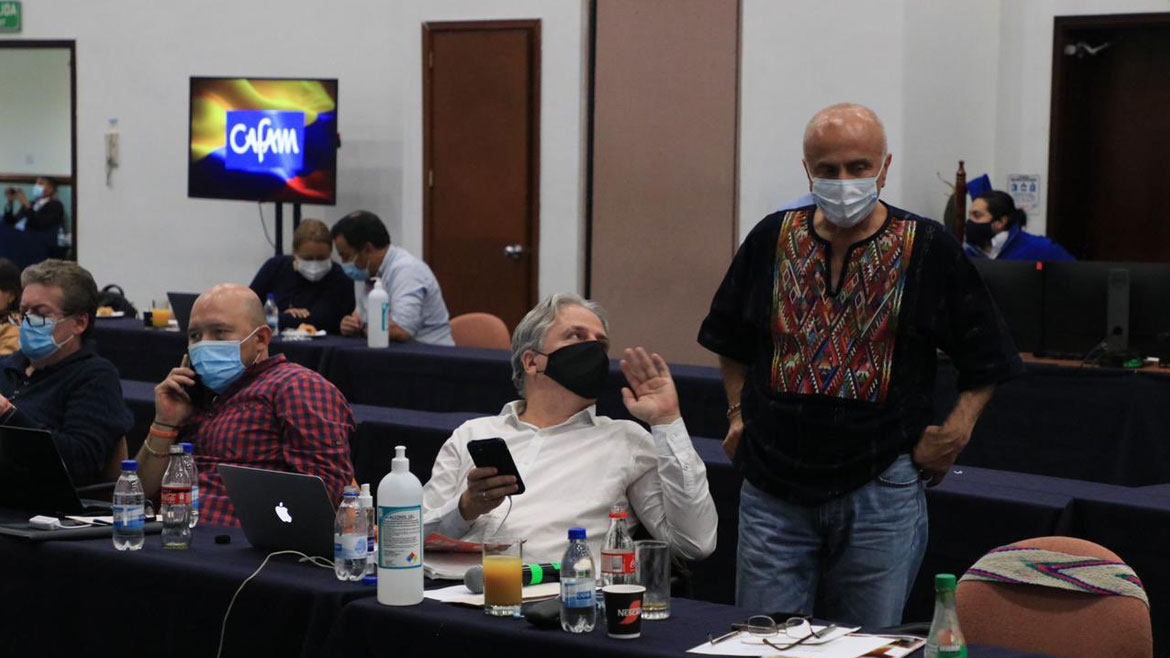 Colombia’s government and social leaders who have been at the forefront of anti-government protests reached a preliminary agreement on guarantees for peaceful protest on Monday.

The agreement was announced by Peace Commissioner Miguel Ceballos and will have to be signed off on by far-right President Ivan Duque and organizations that make up the so-called National Strike Committee before taking effect.

New protests called for Tuesday and Wednesday will be joined by judges and prosecutors whose unions and associations rejected the government’s violent response to the protests that began on April 28.

The agreement to negotiate

Duque agreed to negotiate with the strike leaders shortly after they organized their first national strike on April 28.

Following the brutal repression of the initial protests, the National Strike Committee refused to negotiate any of their demands until there was an agreement on guarantees for protesters.

According to the Americas director of Human Rights Watch, Jose Miguel Vivanco, his office received reports on 61 killings related to the protests. HRW has so far been able to verify the murder of 22 protesters and two policemen.

According to local human rights NGO Temblores, which reports to the United Nations, citizens have reported almost 3,000 cases of police brutality during the protests.

The preliminary agreement announced on Monday will not end the protests, but allow the negotiations on the initial demands of the National Strike Committee, which has demanded far-reaching economic policy reforms.

The talks have been accompanies by representatives of the United Nations and the Catholic Church.

Protests not organized by the National Strike Committee, which represents students, farmers, and labor unions, continued on Monday.

Also reports on attempts to violently quell these disperse protests throughout the country continued coming in, mainly from Bogota and Cali where protests and police repression have been most intense.

While the majority of protests have been peaceful, incidents of violence have been reported throughout Colombia.

The Office of the Peace Commissioner said that the preliminary agreement “will strengthen the exercise of the right to peaceful protests” once it takes effect.

According to the National Strike Committee, the negotiations on their demand the government respects people’s right to peaceful process was arduous due to the government negotiators’ alleged dilatory tactics.

Ceballos left office immediately after coming to the agreement and will be replaced by Juan Camilo Restrepo, Duque’s former deputy minister of Agriculture.