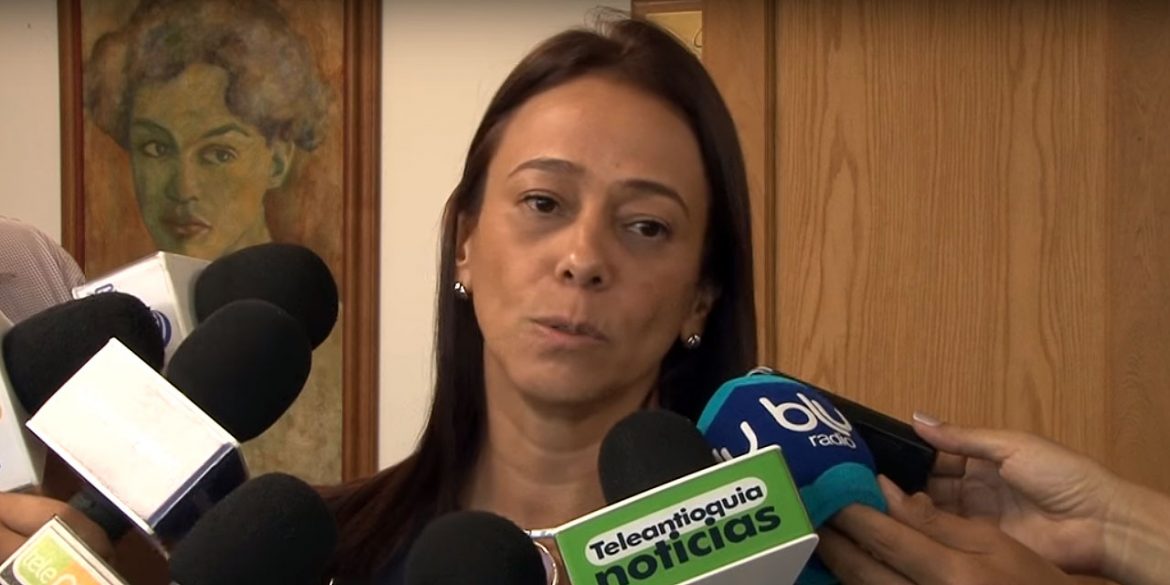 Public Security prosecutor Claudia Carrasquilla has become one of Colombia’s most feared public officials as she has successfully prosecuted guerrillas, generals and oligarchs following nothing but the rule of law.

Carrasquilla first made name when she worked in Medellin, the stomping ground of some of Colombia’s most corrupt law enforcement officials, but also of some of its most revered.

Before she became Medellin’s prosecution director in September 2016, she had already helped jail 80 policemen with alleged ties to the local mafia and discovered that her city’s Victims Unit had been embezzling funds meant for victims of the armed conflict.

She was appointed chief because her predecessor had fallen out with Mayor Federico Gutierrez for failing to find evidence to sustain the mayor’s claim that Oficina de Envigado capo “Pedro Pistolas” wanted to assassinate him.

Less than a year later, Carrasquilla ordered the arrest of Gutierrez’ hand-picked security secretary, Gustavo Villegas, a member of one of Antioquia’s most powerful elites and an ally of the local mafia.

Her apparent disinterest in the social status of the criminals she prosecuted made her a target of both the upper-class and underworld criminals that have been running much of Medellin for years.

Within a month of Villegas’ arrest and amid mounting death threats, she was transferred to Bogota to lead the national Organized Crime unit where she became known as the “Iron Prosecutor.”

She immediately made it clear that also in the capital she was not going to get involved in politics.

Within a month after taking office she destroyed the government’s attempts to downplay the public security threat posed by paramilitary group AGC. The government for years had maintained that “Otoniel’s” group had no more than 1,600 members. She told press the real number of members was 7,000.

In 2018, she triggered a diplomatic row after revealing that three Ecuadorean journalists were assassinated by Colombian FARC dissidents because Ecuadorean President Lenin Moreno refused to negotiate a hostage exchange, making her the hero of the victims’ families who had been told an entirely different story.

But she didn’t stop there. Following a February terrorist attack on a Bogota police academy, she went after leftist guerrilla group ELN.

The findings of this investigation were possibly more devastating than any military operation; she found out that hundreds of ELN guerrillas, including Southeastern Bloc commander “Pablito,” had been using identity fraud, allowing them to fool the authorities for years.

Around the same time, she discovered a corruption ring within the National Army and that the army’s recruitment chief had been protecting a renowned drug trafficker.

Carrasquilla was again promoted to become the prosecution’s Public Security chief and is now one of the best protected prosecutors in the country.

She won’t leave home without her semi-automatic Jericho FBL and for a good reason;  her quest for justice has made enemies among Medellin’s corrupt elite, her city’s mafia, the National Army and the ELN.