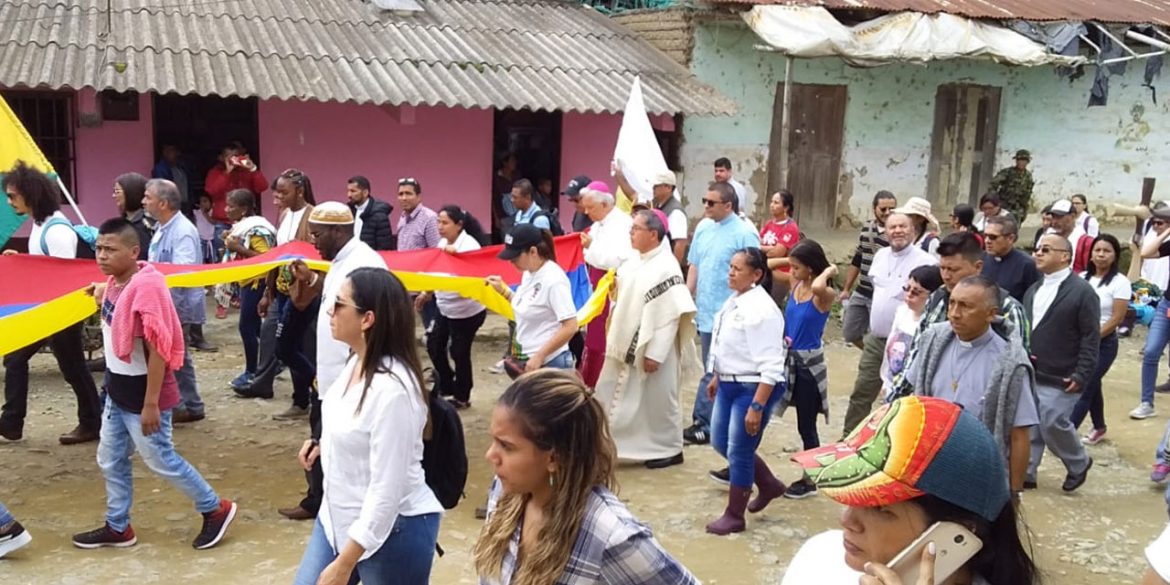 Church leaders traveled to an indigenous reserve in southwest Colombia on Monday to express their support for native Colombians and their authorities who have suffered extreme violence.

Led by the archbishops of Popayan and Cali, dozens of Catholics marched to the violence-ridden northern Cauca region to offer their support to the native Colombians and attend a meeting with their leaders.

Cali archbishop Dario Monsalve said on Twitter that they “signed the waivers” renouncing protection from the security forces and traveled to the Tacueyo reserve “with divine protection and the security of the indigenous guards.”

This route is accompanied by the indigenous guard, the whole journey will be done in coordination with them, no one should carry weapons, no one who is an official or law enforcement officer will be present

While the church leaders met with indigenous authorities, President Ivan Duque met with the military in Popayan to discuss the deteriorating security situation for the second time in a week.

Despite the emergency situation, Duque has refused to meet with indigenous leaders, who have confirmed suspicions the military in the region is working with drug traffickers.

During their visit, the church leaders paid tribute to indigenous leader Cristina Bautista who was killed with four indigenous guards in a massacre last week. 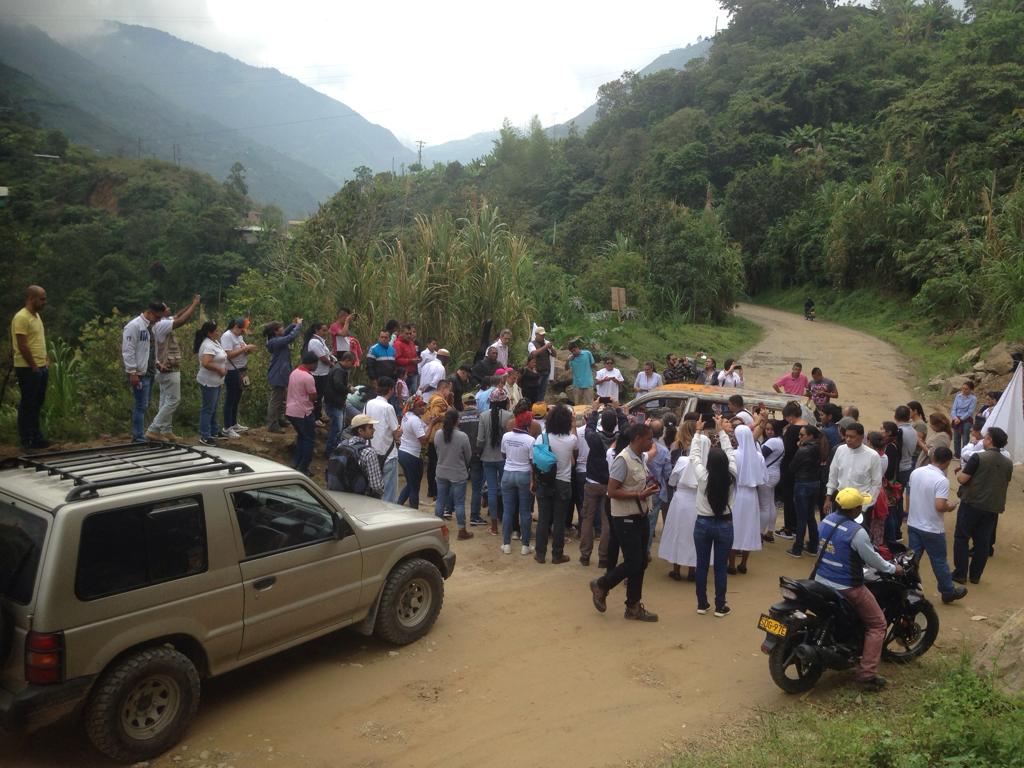 The church leaders’ visit was highly symbolic and reiterated the Catholic Church’s support for the indigenous’ pleas to implement a 2016 peace deal with FARC guerrillas that is opposed by Duque’s far-right Democratic Center party.

The president’s announcement last week to send 2,500 soldiers to the region was rejected by the regional indigenous authorities, who don’t allow any armed actor, legal or illegal on their autonomous territories.

Both the indigenous and the church leaders have insisted the government ought to implement the peace deal.