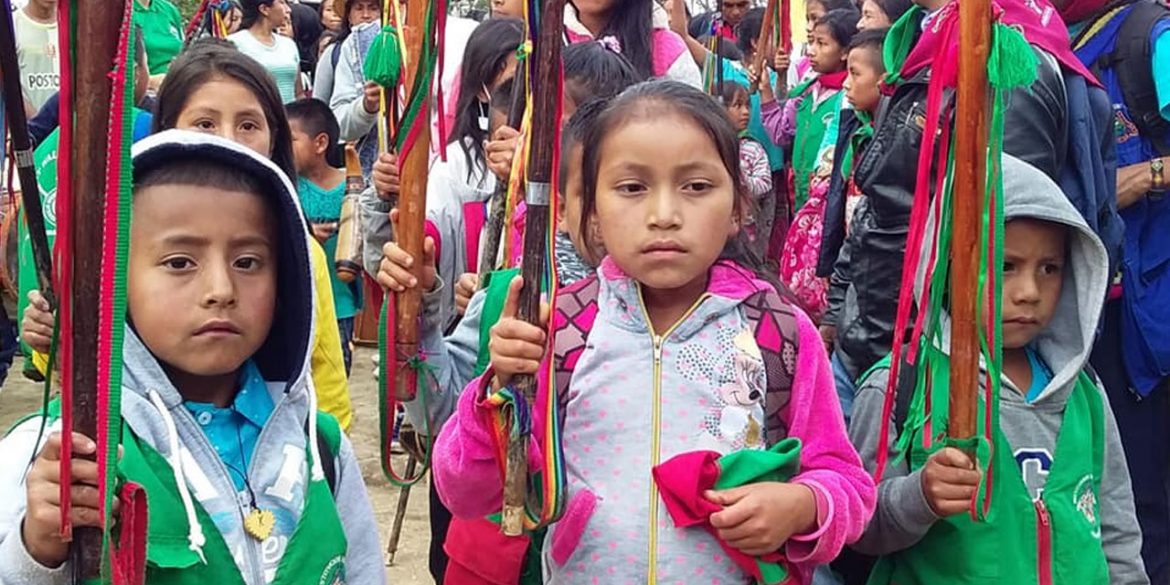 According to Prosecutor General Nestor Humberto Martinez, his office has “reliable information” indicating that illegal armed groups infiltrated the Regional Indigenous Organization of Cauca (CRIC) and plan to assassinate President Ivan Duque while in the southwestern province.

The president is set to travel to Cauca on Tuesday after indigenous protesters on Friday agreed to end a weeks-long blockade of a major highway.

Martinez did not reveal evidence or specified which illegal armed groups would have infiltrated the indigenous’ organization. 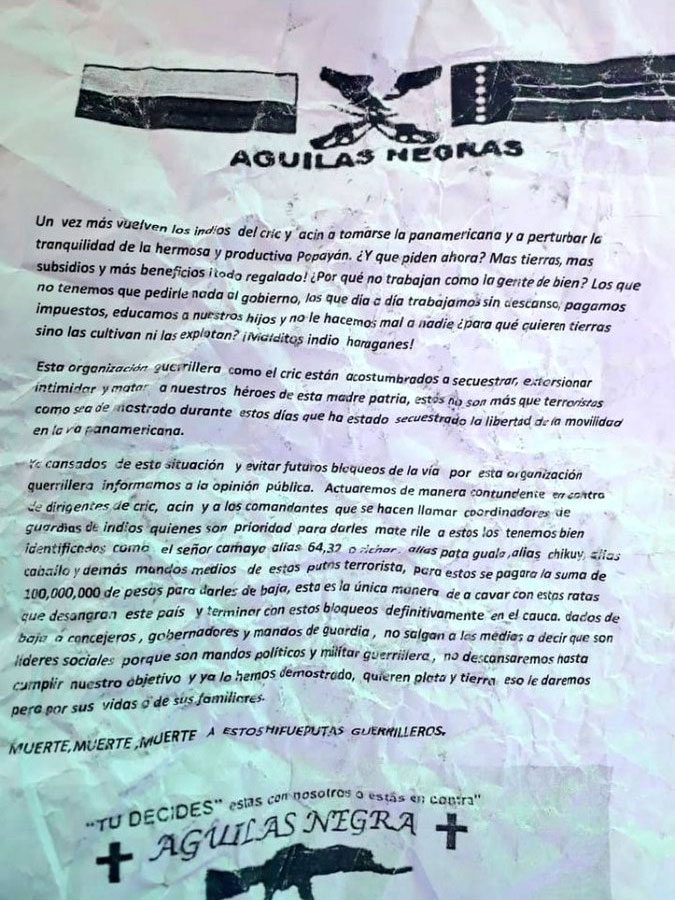 The death threats appeared in several villages in the north of Cauca, where the CRIC has been leading protests to demand an end to state neglect.

The far-right group accused the CRIC and the Association of Indigenous Chapters of the North of Cauca (ACIN) of being “guerrillas” and “terrorists.”

The Aguilas Negras are widely believed to receive support from radical elements within the military and has expressed its support for large landowners in the region.

This guerrilla organization like the CRIC are (sic) accustomed to kidnap, extort, intimidate our heroes of the motherland, [and] are no more than terrorists.

A day before the death threat and the chief prosecutor’s unsubstantiated claim, far-right former President Alvaro Uribe said on Twitter that “if the authority, serenely, firmly and with social criteria instigates a massacre this is because on the other side there is violence and terror aside protest.”

The statement made by Uribe, who is also supported by the Aguilas Negras, was widely rejected by opinion leaders.