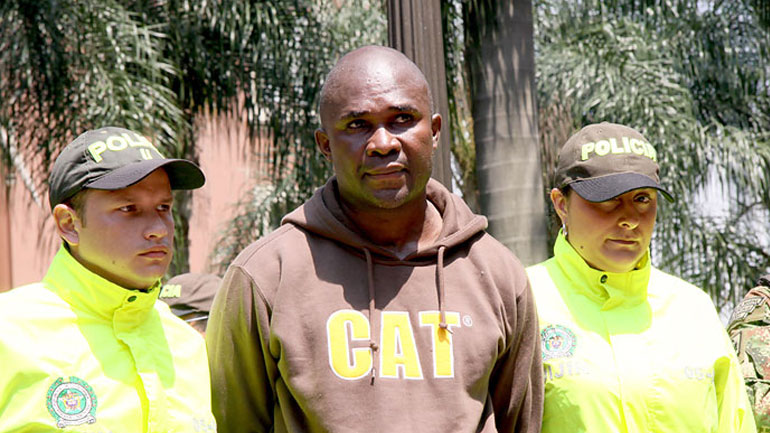 Cali on edge after kidnapping of extradited drug lord’s family

Unknown men kidnapped the wife and daughters of one of the extradited leaders of drug trafficking organization “Los Rastrojos” just outside of Cali, Colombia’s third largest city.

The kidnapping puts the public security in Cali under threat as the kidnap victims are the family of “Chocolate,” the jailed commander of the drug trafficking group’s heavily armed enforcer army.

Authorities and family confirmed the kidnapping on Tuesday.

Cali’s Police Department said that Chocolate’s wife, his two daughters and two half-daughters were kidnapped on the road between Cali and the nearby town of Jamundi on Sunday.

Family members told Cali newspaper El Pais that the woman and children had left their residence in the Atanasio Girardot neighborhood in the east of the city at 6:30PM, but never arrived in Jamundi.

General Nelson Ramirez, the Cali Police commander, said that immediately after hearing about the kidnapping “a search team was made available for the entire Cali metropolitan area and neighboring districts.”

Family members of Chocolate’s wife begged the kidnappers not to harm the woman and children.

“Please, if they are under the control of anybody, all we ask is that you respect their lives. The legal problems of Paula’s husband have already been resolved because he has already been arrested, and they had nothing to do with this. Please, respect each one of them, especially the girls,” the mother of victim told El Pais.

The police commander said that his department hasn’t been able to establish whether the kidnapping is elated to Chocolate’s criminal activities.

Since his arrest in 2011, others close to the former alleged boss of the Rastrojos’ assassins have been victim to violence.

Two months before Chocolate’s extradition to the United States in July 2012 his defense attorney was assassinated in Cali.

Later that year, media reported that the top bosses of the Rastrojos, the “Comba” brothers, had voluntarily surrendered to US authorities.

Since then, the organization has tried to maintain control over its drug trafficking routes and extortion rackets, but has increasingly been losing ground to their primary rival, “Los Urabeños.”

However, within Cali the criminal structure still has considerable control over the dozens of street gangs operating in the capital of Valle del Cauca.