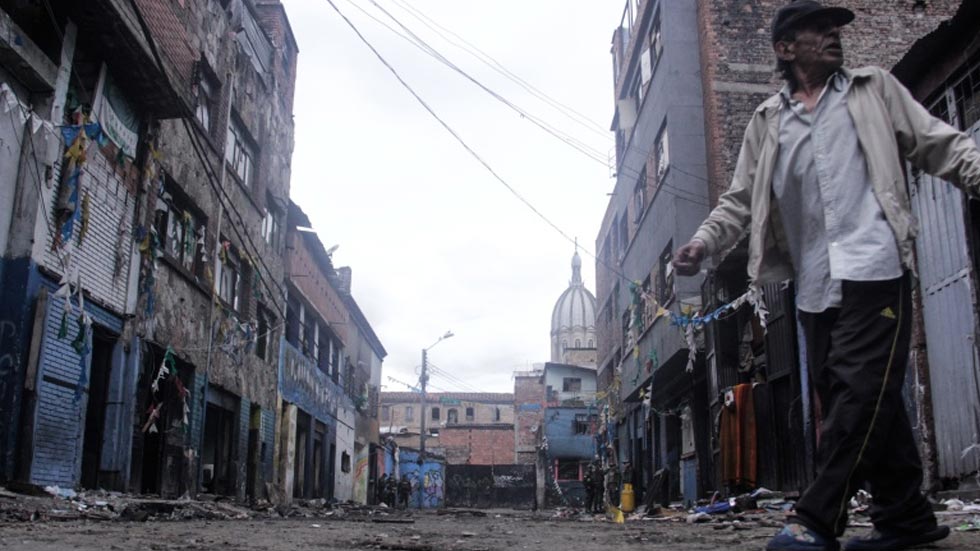 Peñalosa announced Wednesday that “all of the Bronx will be demolished” now that the thousands of homeless people and drug addicts that occupied the area have been dispersed to other parts of the city center.

Reeking of human excrement, the Bronx is located only a few blocks from Colombia’s presidential palace, and has long been an abandoned source of embarrassment for the state. Controlled by local gangs, the open air drug market is one of the most dangerous and impoverished areas in Bogota and has resisted police intervention attempts for years.

Along with the many crack dens, weapons, explosives, and copious amounts of the crack-like substance called “Bazuco” openly sold on the streets, last week’s raids also discovered 200 children being used as sex slaves and one allegedly kidnapped Dutch tourist.

Though the authorities have tried to provide drug-rehabilitation services to the residents in the area, there has been no long-lasting effect.

This time, the mayor intends to wipe the slate clean once and for all. “We are going to intervene in all of the sites where there is organized crime. We are not going to deliver sites where the police cannot enter,” he said.

Specifically, the mayor plans to include the Bronx in the urban renewal plans of a promised metro line, which — if approved — will pass two blocks from the zone.

The project will span 9,500 square meters, and plans to buy out the 47 buildings in the area, valued at almost $3 million.

In an interview with Blu Radio, Planning Secretary Andres Ortiz promised that what is coming and being studied “is urban renovation in an integral manner where there will be businesses, living space, and complementary public space.”

However, demolishing the buildings in the Bronx does not make its residents suddenly disappear. Though Peñalosa said the people of the zone were offered treatment, shelter, and food in the wake of their displacement, the evicted mob promptly invaded the nearby Plaza de España, attacking police, throwing molotov cocktails, and wreaking havoc.

Since the police intervention, Bogota Councillor Gloria Stella Diaz warned that the drug trafficking and crime that was concentrated in the Bronx will now simply relocate to other areas of the city, mapping out fourteen different areas at risk for becoming the new drug-trafficking havens.