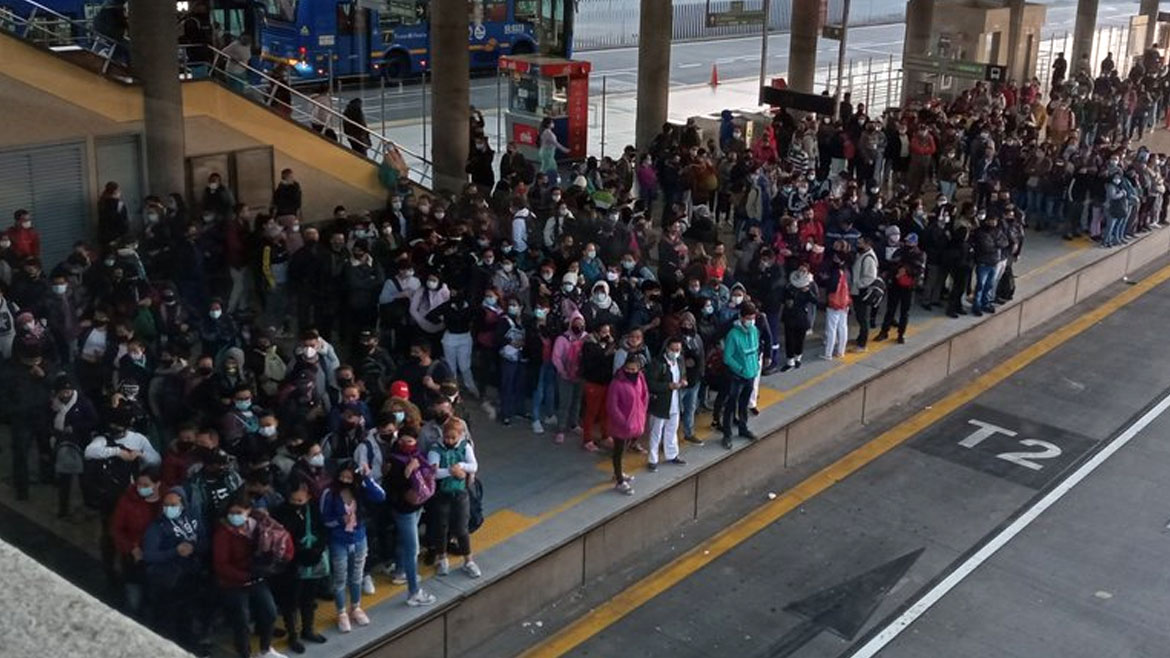 The mayor of Colombia’s capital Bogota is under fire for failing to reduce access to the city’s mass transit system as a new coronavirus outbreaks put hospitals on the brink of collapse.

Mayor Claudia Lopez declared a red alert on Sunday after health authorities reported than more than 90% of the city’s intensive care units (ICU’s) were full.

A recent increase in COVID-19 infections previously collapsed healthcare in cities like Medellin and Barranquilla, and now threatens to do the same in Bogota, a city of almost 8 million people.

In coordination with Health Minister Fernando Ruiz, Lopez issued a decree that imposed a liquor ban and a weekday curfew between 8PM and 4AM and a 24-hour curfew between Friday and Sunday.

Efforts that sought the gradual reopening of schools was also suspended and, ahead of a national strike planned for Wednesday, Lopez said that mass gatherings were banned.

Ironically, the mayor refused to limit access to what may be the main cause of the recent surge in coronavirus-related deaths, Bogota’s overcrowded mass transit system Transmilenio.

The decision was fiercely criticized by social leaders organizing the latest anti-government protest and leading opposition Senator Gustavo Petro who stressed that medical organizations have urged a new lockdown.

None of these measures are effective in containing the virus. Only two have proven effective: mass vaccination or strict quarantine for 14 days to detect cases and isolate them. Neither Bogota nor Colombia do this because it implies that the budget is spent on people.

President Ivan Duque revoked executive powers of mayors and governors last year that would allow them to take measures to fight the coronavirus depending on the situation in their jurisdiction.

The government has been trying to revive the national economy, which suffered its worst crash in recorded history, and is apparently unwilling to change course despite an unprecedented surge in COVID-19 deaths.

The Health Ministry on Sunday reported that 465 people died of the coronavirus, the highest number since the beginning of the pandemic.