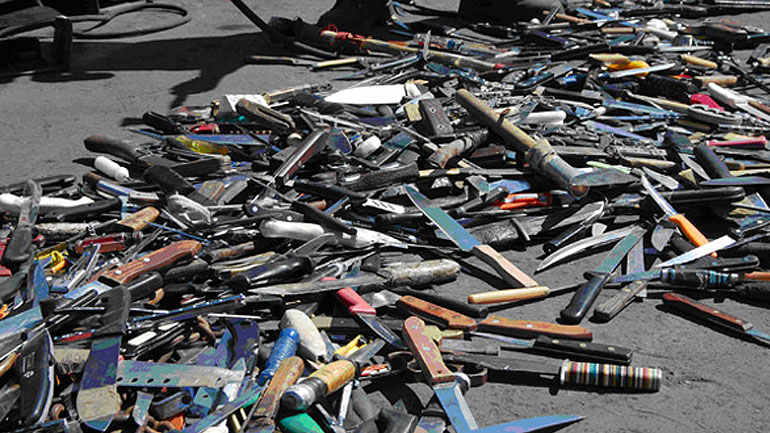 Colombia’s capital Bogota will make a statue of more than 275,000 weapons that have been confiscated in the course of 2015, the city’s police department said Tuesday.

Municipal authorities seized the weapons during searches and a month-long campaign that sought the voluntary surrender of knives and other potentially lethal weapons.

The campaign resulted in the voluntary surrender of 50,000 while 225,000 were seized during searches and arrests, deputy police commander Colonel Aurelio Ordoñez told The Associated Press.

“Citizens have understood that safety comes first, and that’s why they have voluntarily surrendered these elements that are lethal and have generated violence in the streets and in homes,” Ordoñez told AP.

According to the police official, the confiscated weapons will be melted and used for the construction of a statue in honor of peace and non violence.

The mass seizure of weapons began in 2011 when Mayor Gustavo Petro ordered a weapons ban in the capital to curb street violence.

Citizens who were found carrying illegal weapons were submitted to an education program about violence.

While hundreds of thousands of weapons have since been confiscated in the city of 7 million, the ban proved ineffective to lower crime rates.