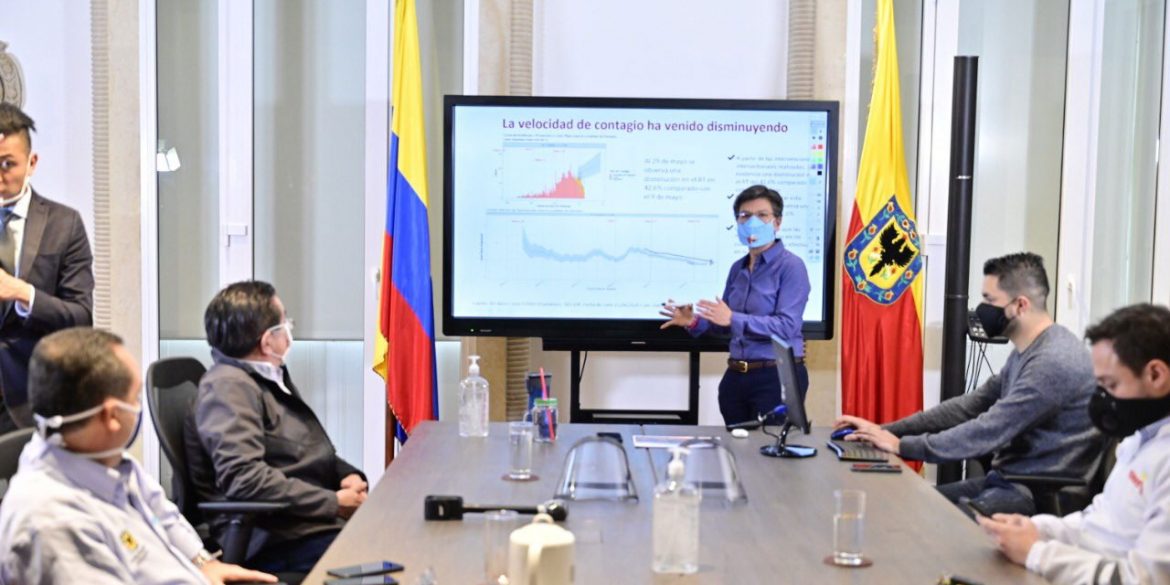 Bogota’s mayor said Sunday that local authorities will take control over both public and private hospitals to prevent the coronavirus from collapsing the healthcare system of Colombia’s capital.

Following a meeting with Health Minister Fernando Ruiz, Mayor Claudia Lopez declared an orange alert and said that the city’s Urgencies and Emergencies Regulation Center (CRUE) would be coordinating the most critical phase of the pandemic.

As part of this, the capital’s private hospitals will temporarily become part of the public health system to make sure all Bogota residents have access to healthcare.

As we started to relax, people started to get worse. Last week we exceeded 50% ICU occupancy already. It is not dramatic, but the level of occupation increases and the ventilators that allow us to expand the capacity have not yet arrived. We are going to try to match the increase in occupancy with the arrival of ventilators, but we cannot be confident.

The merging of the public and private hospital system is meant to secure “that every citizen has an equal opportunity for the right to health to be taken to any of the ICUs available in the city, whether public or private,” said Ruiz.

While the idea to merge the systems was announced by the Bogota mayor weeks ago already, Ruiz claimed the measure was a national government idea as Lopez and President Ivan Duque have been in a power struggle over the response to the pandemic.

The health minister and Lopez have increased cooperation after the two clashed last week about the government’s failure to comply with promises that would allow the healthcare systems in Bogota and other cities to deal with the pandemic.

Lopez has long been one of Duque’s biggest critics. The coronavirus and the government’s response to the pandemic have exacerbated the tensions between the president and Colombia’s second most powerful official.

Bogota, a city of 7 million, has by far Colombia’s most solid public healthcare system, which is now strengthened by adding the private hospitals.

This temporary measure could inspire other mayors, especially those where the healthcare system is considerably more prone to collapse, to do the same.

Duque has so far not shown any interest to allow the temporarily nationalization of the private hospitals.