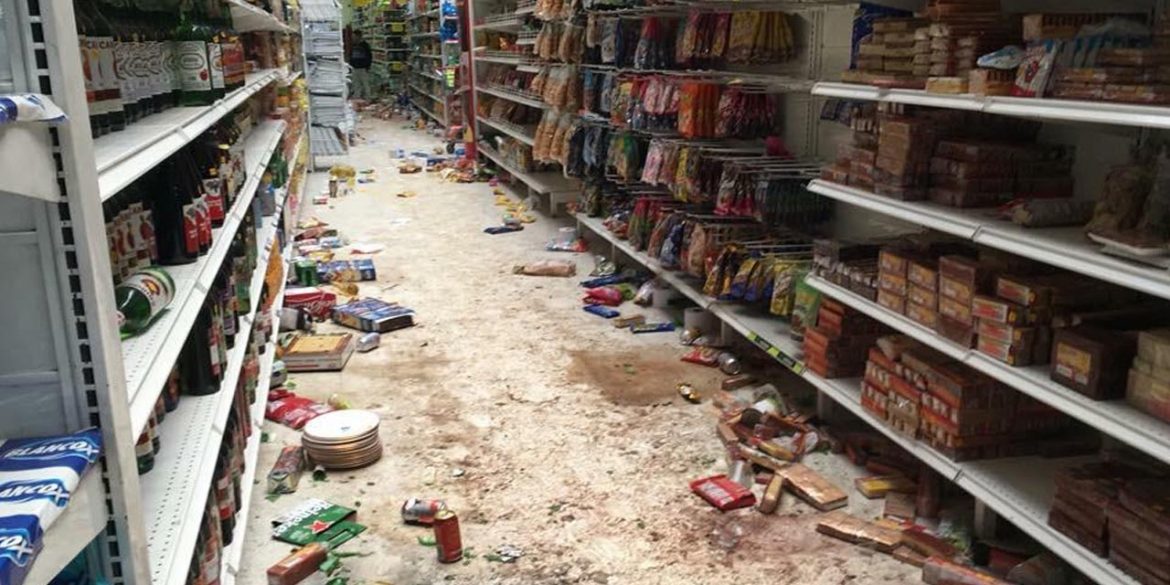 A supermarket in Usme after being attacked by looters. (Image: La FM)
News

Colombia’s capital Bogota woke up in chaos on Thursday after the third consecutive night of unrest and looting in the impoverished south of the city.

Looting in the Ciudad Bolivar and Usme districts began Wednesday shortly after the sun went down and continued until Thursday morning, according to local media.

The first reports of looting surged on Monday evening, hours after the Prosecutor General’s Office announced the names of supermarkets that allegedly laundered money for the FARC.

Until its demobilization last year, the former guerrilla group used a vast network of businesses to launder money obtained from illegal activities like drug trafficking.

Curfews in central Colombia after looting and violence

Unrest and looting broke out in Bogota and at least six towns west and south of the capital as locals attacked and plundered the stores.

Bogota, a city of 7 million, did not impose a curfew to prevent more violence and unrest unlike smaller cities.

The looting that began in the capital on Wednesday evening targeted stores that are not associated with any criminal investigations.

“A group of vandals came who used rocks to enter. Since they weren’t able to target the large supermarkets, they are now looking for smaller shops,” one Bogota shopkeeper told the radio station.

Some shopkeepers allegedly used knives and guns to protect their property from the groups of looters.

Police were attacked with rocks as they tried to control the situation. More than 55 people were arrested and at least six policemen were injured in the violence.

The military moved into the poor south of the city to support police in their attempt to maintain public order.