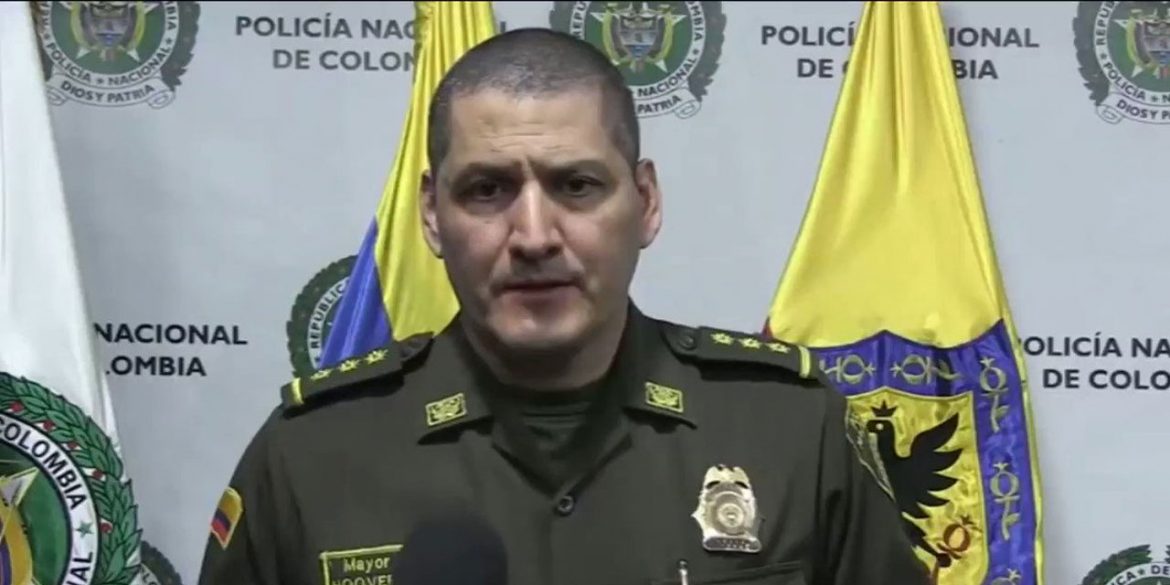 Multiple Bogota journalists and human rights organizations are looking for a student who was disappeared by police on Tuesday.

The student, whose identity is unknown, is one of thee people who were pushed in unmarked cars by policemen trying to violently repress peaceful protests at the National University.

A couple that witnessed the incident was able to rescue one of the students, who claimed the police was kidnapping her.

The woman’s boyfriend was later found in a hospital, but the third person remained missing.

Alarm bells started ringing after Bogota Police commander Brigadier General Hoover Penilla made contradictory and allegedly false claims about whereabouts and the identity of the student who was filmed being pushed in an unmarked car.

At a press conference, Penilla initially said that the man was released and hour after his arrest and later said he had been taken to a Puerto Aranda police station and released at 5AM.

When investigative journalist Claudia Duque verified this at the station, the police officer on duty said there was no registry of any detained civilians.

This student who allegedly arrested later sent out of a press statement, claiming that he never was detained.

With the help of Caracol Radio journalist Gustavo Gomez, Duque continued her search.

A human rights NGO was able to establish that the car that took the victim belonged to the Bogota Security Secretary and had been used in questionable detentions before.

So far we don’t know the name of the boy in the OJX 134 vehicle yesterday. General Penilla says he is free but we don’t know who he is or where he is. Only the police really know. Until now we presume this is a case of forced disappearance.

By midnight and after persistent refusals to cooperate by the police, the identity and the whereabouts of the presumed victim of forced disappearance was still unknown.

Human rights lawyers filed a writ demanding the police release the true identity and the whereabouts of the missing student, but to no immediate effect.

The Bogota Police Department has come under unprecedented scrutiny over a series of human rights violations, including the murder of a student, while trying to repress ongoing anti-government protests that began on November 21.