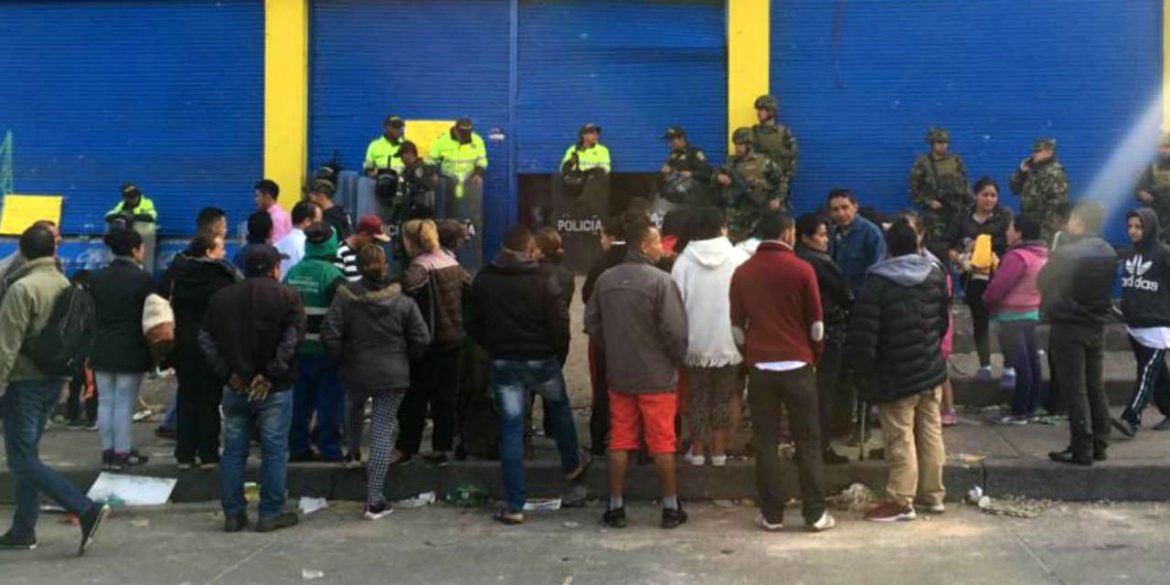 Bogota imposes curfew in attempt to curb riots and looting

Colombia’s capital Bogota imposed a curfew and a liquor ban in the impoverished south of the city on Thursday in a desperate attempt to curb looting and riots.

Minors in the districts of Usme and Ciudad Bolivar are not allowed on the street between 9PM and 4AM unless they are accompanied by an adult.

Soacha, a city that borders Bogota in the southwest, declared a curfew that will remain in force until March 12.

Bars and clubs are not allowed to sell alcohol in the southern part of the capital.

The measures in Bogota will remain in place until Monday while security forces try to curb the unrest that has plagued the south of the city for days.

More than 30 people have been arrested and at least six police officers were injured in the capital during outbursts of violence and looting that also affected towns south and west of the capital.

The first riots broke out on Monday after the Prosecutor General’s Office announced that supermarkets in the south of the city had been used to launder money for the now-defunct FARC guerrilla group.

The looting that initially only affected the supermarkets of the alleged money launderers, the Mora family, spread on Wednesday when in Bogota all kinds of shops were attacks.

According to Bogota’s city hall, the security measures serve “to protect the integrity of minors as some have been involved in the latest acts of vandalism against supermarkets and shops in the area.”

Police said Thursday that people from outside the districts were “leading the looting.”

With less than a month before congressional elections, unconfirmed rumors have emerged that political forces could be inciting the violence in an attempt to upset the electorate.