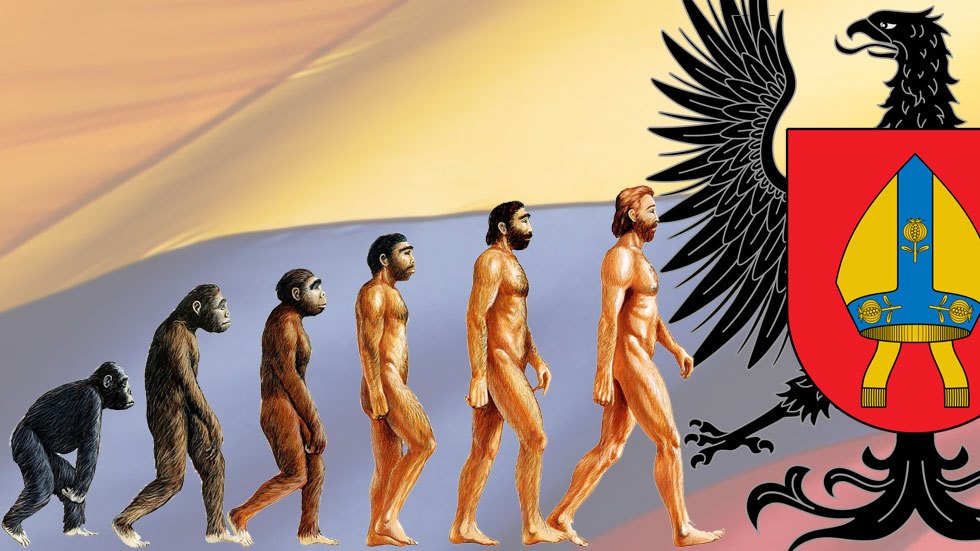 Colombia’s health minister on Wednesday raised the national controversy bar, announcing on national TV he was an atheist, saying he would pursue legal abortion and challenging the moral validity of Christianity.

Health Minister Alejandro Gaviria’s proverbial coming out of the atheist closet created quite the controversy as abortion is both executed illegally and disapproved of, in a country where religious freedom barely celebrated it’s 25th anniversary.

Until 1991, Catholicism was not just the state religion, it wasn’t free to register a church of any faith other than the one ordained from Rome. The education system was run by the Colombian Episcopal Conference, a.k.a. “The Church.”

Since the 1991 constitution, other religions have become increasingly accepted and in a 2015 poll, 18% of Colombians said not to be religious. 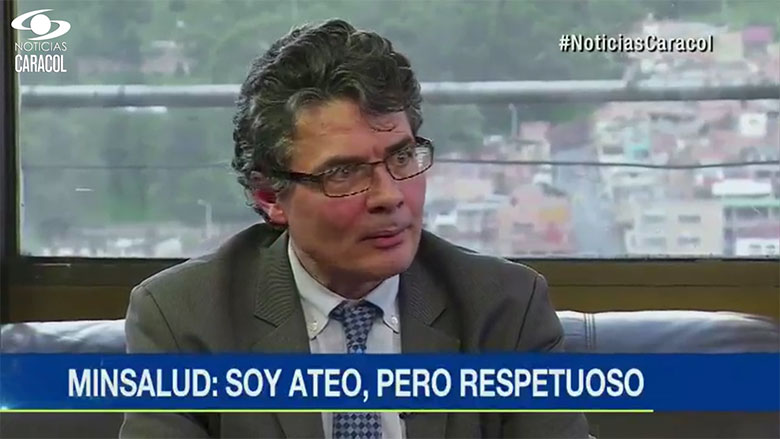 Television network Caracol’s headline,”I’m atheist, but respectful,” indicated the minister would launch his new book, “Someone’s gotta bring up the opposite,” nicely.  He didn’t.

Then again, the bible is also not always nice.

And as they liked not to have God in their knowledge, God delivered them up to a reprobate sense, to do those things which are not convenient; Being filled with all iniquity, malice, fornication, avarice, wickedness, full of envy, murder, contention, deceit, malignity, whisperers, detractors, hateful to God, contumelious, proud, haughty, inventors of evil things, disobedient to parents, foolish, dissolute, without affection, without fidelity, without mercy. Who, having known the justice of God, did not understand that they who do such things, are worthy of death; and not only they that do them, but they also that consent to them that do them.

Gaviria stressed that “the history of religion has been very violent.”

The minister was also frustrated over undue religious interference in politics, explicitly by the Inspector General’s Office when Alejandro Ordoñez was chief, or “king” as he liked to call it.

‘The king is dead, long live the king’: Ordoñez

At the ministry I’ve had to take up two quite complex fights. One was about the HPV vaccines that some religious fundamentalist called the promiscuity vaccine. And the other was the battle for the voluntary interruption of a pregnancy as a right of the Colombian woman.”

The staunch Catholic “was almost on a crusade against honest officials who wanted to implement what had been stipulated by the Constitutional Court” as Inspector General from 2009 until he was removed in 2016,  the minister said.

Gaviria went on to say that he would continue to “combat for” causes like legal abortion as a woman’s right “also through public policies,” stressing Colombia’s boggling illegal abortion statistics.

99.9% of abortions in Colombia are illegal

“According to the available statistics, and they are not very exact, there are approximately between 300,000 and 400,000 illegal abortions a year. We have one of the most sophisticated legal frameworks in Latin America. We could have prevented a lot of deaths and human suffering.”

The minister then went on confirming “you have to doubt the soul savers,” explaining that “society should be based on diversity, in which we can all think differently. And when one believes he is superior to the rest and that what he does is a labor of moral purification, that’s when the problems begin.”

Having been accused of abusing public office for personal purposes and challenged about his moral convictions, the hard-right Ordoñez took to Twitter.

“Would you leave your health and your education in the hands of an atheist?” Ordoñez asked rhetorically in a nine-point rebuttal of Gaviria’s accusations and rejection of his absence of faith.

“Colombia is a religious country and doesn’t deserve atheist ministers who promote the culture of death,” he told his 60,000 followers.

“At least he’s not corrupt like the rest,” a presumed atheist responded.

“My father, Jose Ovidio Gonzalez was an atheist and you used your post to extend his suffering. It was just that my dad had more balls,” popular cartoonist “Matador” said, referring to the assisted suicide of his father Ordoñez had tried to prevent.

The Catholic Church did not respond to the minister. The Colombian Episcopal Conference, however, is set to hold its Annual Meeting for the Defense of Life, this time about “the dignity of the human being, the criteria of respect for life, for peace and for reconciliation.”