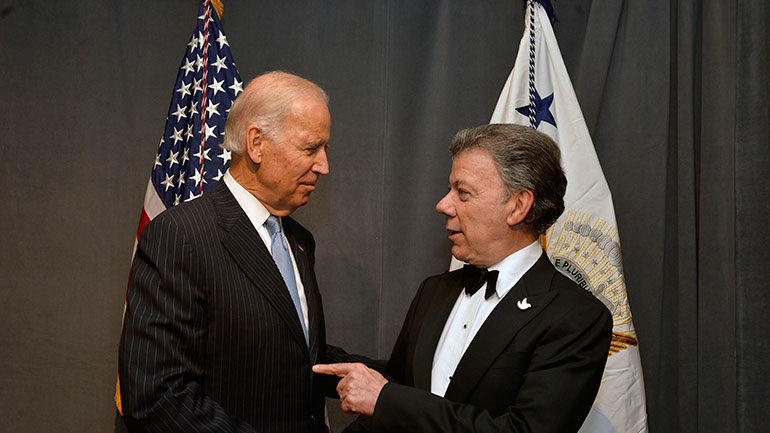 In an interview with W Radio, Biden said that the US government thinks “that reaching out to both the FNL and the FARC is the way to go.”

Biden probably meant the ELN, Colombia’s second largest rebel group that has been engaged in preliminary peace talks since before June 2014.

The US vice-president also said that Colombian president Juan Manuel Santos “is doing a great job. I’ve been working very closely with him and the president has as well.”

Colombia has long been one of Washington’s staunchest allies in the hemisphere and has received billions of dollars over the past 15 years to combat drug trafficking, and leftist rebel groups like the FARC and ELN that have used the illicit drug trade to finance their insurgency.

After peace talks with the FARC were announced in August 2012, the administration of President Barack Obama have supported Santos’ attempts to end the guerrilla groups’ 51-year-long violent but unsuccessful attempt to overthrow the government.