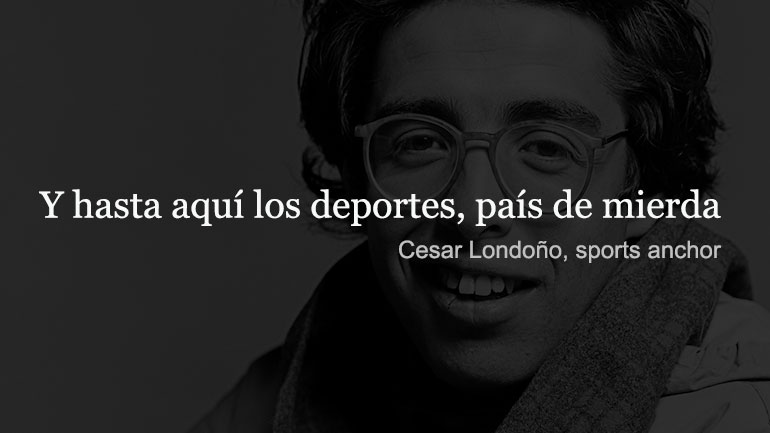 The army, the police and intelligence agency DAS assisted paramilitaries in the 1999 assassination of Jaime Garzon, the country’s most popular comedian at the time, according to prosecutors.

Garzon was killed by paramilitary assassins, but with the help of the military and officials of the DAS, which was dismantled earlier this decade after prosecutors found the institution had been infiltrated by far-right paramilitary straw men and was spying on the Supreme Court and journalists.

According to Prosecutor General’s Office papers leaked to Caracol Noticias, National Army Colonel Jorge Eliecer Plazas even provided housing for the assassins ahead of the murder.

Plazas is currently in prison serving time for his participation in one of Colombia’s most traumatic homicides.

The army’s 17th Brigade, whose then-commander is in prison for a massacre, provided intelligence on the whereabouts of Garzon to the late Carlos Castaño, the founder and supreme commander of the AUC paramilitary umbrella organization.

The document found by the prosecutors “explains simply how members of the security forces were shadowing Jaime Garzon. It was this information that ultimately was presented to Carlos Castaño to allow him to take the decision to eliminate” the comedian and journalist.

Jailed Police General Mauricio Santoyo, currently in prison for his business dealings with the paramilitaries after serving for years as former President Alvaro Uribe‘s personal security chief, allegedly received the assassins after the murder, and brought them to AUC commander “Don Berna” who subsequently assassinated the killers.

Because of the far-stretching involvement of both the Police, the military and the DAS, prosecutor Ivan Lombana wants to label the homicide as a state crime, further indicating the involvement of the state in terrorist paramilitary activity.