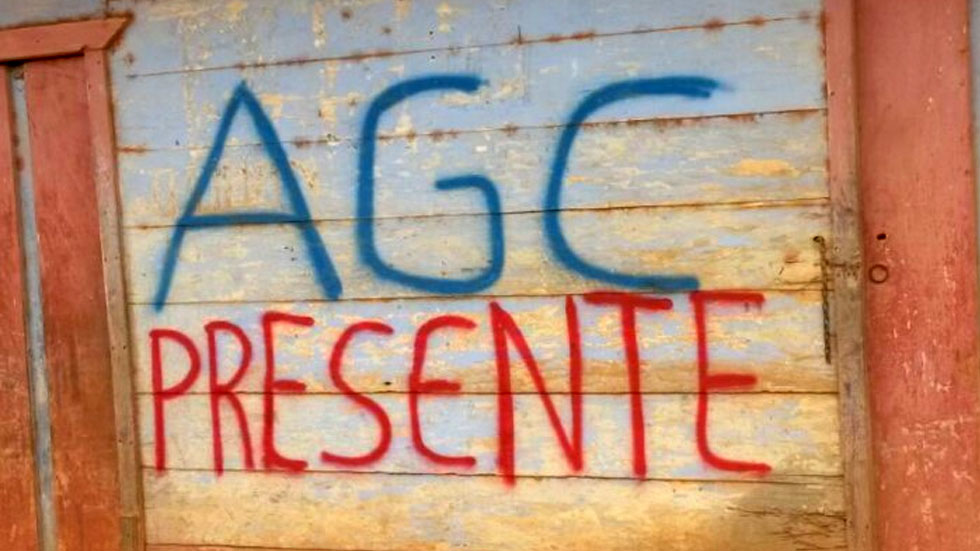 According to the internal warning that was reportedly sent out on Tuesday, the group called the “Gulf Clan” by the authorities, would be planning car bomb attacks in Bogota and Medellin amid an apparent escalation of paramilitary violence that has been targeting civilians and security forces alike.

Commanding officers must give strict instructions to all personnel under their command, considering intelligence information that indicate the so-called Central Command of the Gulf Clan who would be giving instructions to carry out possible high-impact attacks in cities like Medellin and Bogota. 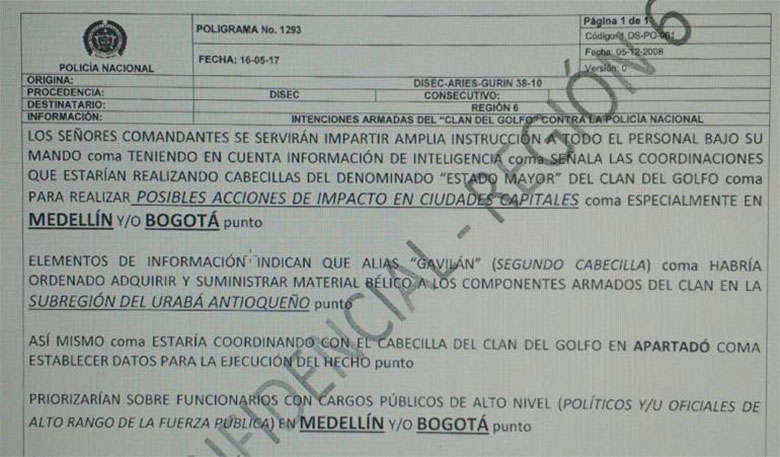 According to the memo, the alleged planned terrorism campaign would be coordinated by “Gavila,” one of the members of the group’s central command that is led by former AUC mid-level commander “Otoniel.”

The AGC, also Colombia’s largest drug trafficking organization, has been requesting inclusion in a peace process with the Marxist FARC guerrilla group, the paramilitaries’ traditional enemies.

The leaders of the group dissented from a peace process with the government that was held between 2003 and 2006. Since then, the group has slowly recovered parts of paramilitary umbrella group AUC’s criminal rackets, while re-establishing ties within the military and government.

While the government insists the dissident AUC group is not a paramilitary, but an organized crime group, this has been fiercely rejected by the AGC, which claims its political purpose is to demobilize.

According to the paramilitaries, they rearmed in 2006 after being betrayed by former President Alvaro Uribe during the AUC demobilization process.

AGC spokesmen “Raul Jaramillo” told Colombia Reports his group rejected being denominated a drug trafficking organization, insisting the group’s nature is exactly the same as the AUC its leaders dissented from.

Jaramillo also disputed claims about the size of the group, claiming the AGC has 8,000 members, “including informants.”

Locals in territory controlled by the group have confirmed they are unable to report AGC activity to the authorities without the paramilitaries being informed about this.

While the Colombian government has persistently downplayed the significance of the AGC, the group has increasingly put pressure on the government by increasing its attacks on both civilians and police.

The increasing assassinations of police officers spurred the country’s Ombudsman last week to urge the government to protect its own employees.

Human rights organizations have urged action to curb paramilitary violence for years, particularly after an increase in political assassinations following the FARC peace deal, but to no avail. Even today, the Colombian government insists that “in Colombia there are no paramilitaries.”