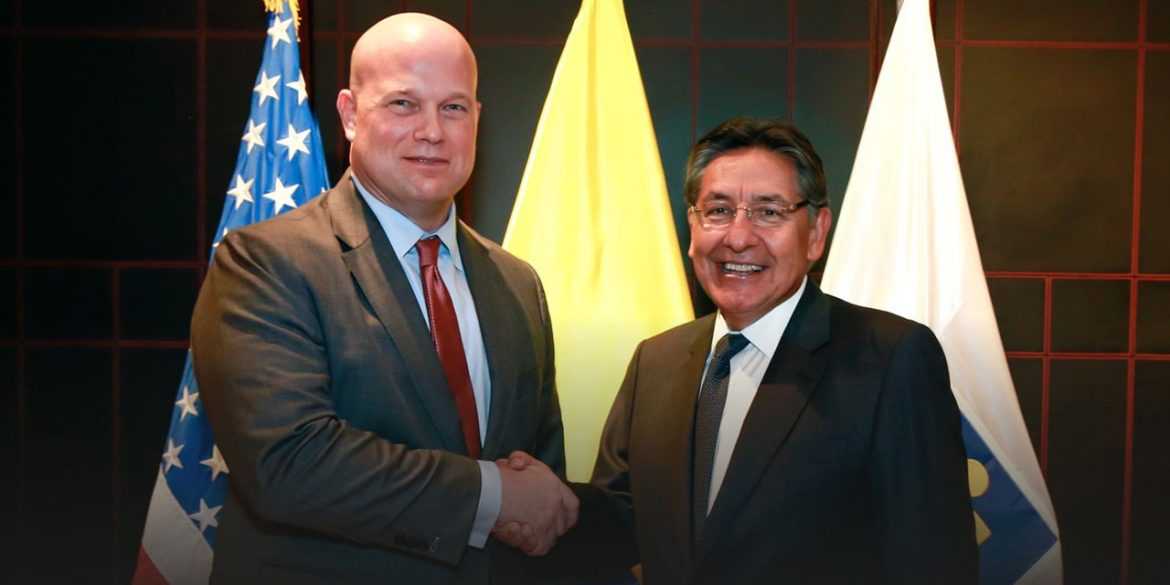 According to the Prosecutor General’s Office, Whitaker visited Colombia to follow-up on agreements made with his predecessor Jeff Sessions to “strengthen bilateral cooperation mechanisms” in the fields of counternarcotics, money laundering and corruption last year.

Since Sessions’ visit in July last year, Martinez has been forced to extradite his own former anti-corruption chief who had been caught by the Drug Enforcement Administration in Miami when accepting a bribe from a former governor.

Neither the US Department of Justice nor Colombia’s Prosecutor General’s Office released more information about the bilateral meeting.