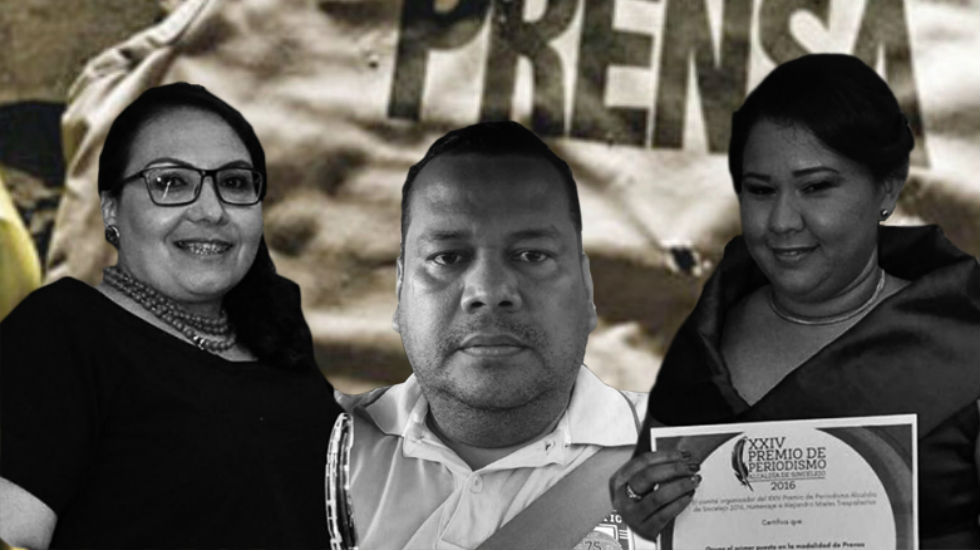 Colombian police are investigating claims that four journalists in the northern Caribbean region received death threats following their denunciation of corruption in the area.

The reporters who included two from the regional El Heraldo newspaper, a member of the press office of the mayor of Sincelejo and an independent journalist were subjected to the threats signed by “Frente Sucre Sin Sapos” ordering them to leave the Sucre province within three days.

According to the group, Laura Toscano, Maria Bustamente, David Marquez and Jose Sarmiento were “poking their noses where they shouldn’t,” allegedly delivering the threats in a pamphlet circulated on social media.

Research by Colombian magazine Pacifista claimed that the threats are in response to El Heraldo’s coverage of two controversies.

The first was “the prosecutors’ cartel,” a purported network of officials from the Sucre Sectional Prosecutor’s Office who collected juicy sums of money to file, divert or paralyze investigations against politicians prosecuted for corruption.

The second scandal involved corruption surrounding payments that the secretary of the health department made to health care agency IPS for alleged emergency care for mentally ill people who were not affiliated to the health system.

The revelations of the journalists denouncing corruption in the municipalities of Majagual and Buenvista in particular,  have reportedly led to this dramatic escalation resulting in threats.

The National College of Journalists rejected the threats and issued a statement supporting their colleagues whom will now be subject to police protection while the investigation into the threats is ongoing.

The union stated that it regrets the situation in Sucre “that seeks to silence the media, which only use their recorders, microphones and cameras as weapons to fulfill the duty to present the transcendental events of daily life to keep our society,” reported El Heraldo.

“Intimidation against journalists constitute an open attack on freedom of expression and deserve the strong rejection of the media and the community in general,” added the president of the organization who called on the national government to put protective measures in place to guarantee the security of journalists.

Aggression against journalists increased in 2016, but for 1st time in 7 years nobody was murdered

According to the annual report by the Freedom of the Press Foundation (FLIP), there were 216 attacks against the press leaving a total of 262 victims in 2016 marking  a 47% increase in attack from the previous year.

This increased violence consisted mainly of deaths, incidents of threats, pressures and aggression.

The killing of journalists has decreased significantly in the past decades, according to the records of both the FLIP and the Committee to Protect Journalists, citing mainly the political and public cost of an assassination as the main deterrent.

However, FLIP consider that the increased aggression and threats against journalists have become a new form of censorship in Colombia.

The capital Bogota was the most dangerous area of the country for journalists with 46 violations and 52 victims.