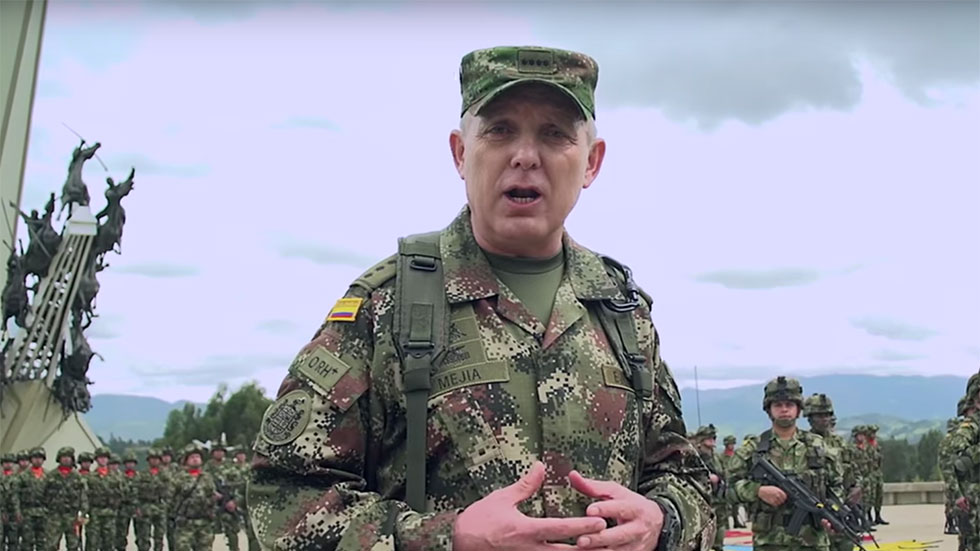 About 300 rebels from Colombia’s FARC have not demobilized, general says

Around 300 fighters from Colombia’s Marxist FARC rebels will not demobilize under a peace deal, a military commander said, giving the first official figure of guerrillas who may join with crime gangs seeking control of lucrative rebel drug territory.

The Andean country and the Revolutionary Armed Forces of Colombia (FARC) rebels agreed late last year to end more than 52 years of war. Colombia’s conflict with guerrilla groups and paramilitaries has killed more than 265,000 people.

The figure is the first official estimate of how many rebels will not demobilize. More than 6,000 FARC fighters are set to finish arriving at UN camps in the coming days to hand over weapons and begin reintegration programs.

Some rebel commanders, especially from units dedicated to drug trafficking or illegal mining in rural jungle areas, have rejected the peace deal and refused to lay down arms.

“The FARC has acknowledged some dissent,” General Alberto Jose Mejia told Reuters this weekend, listing six fronts that have rejected the deal.

“It’s 5% of the FARC, approximately 300 men,” Mejia said during a visit to the small northwestern mountain town of Saiza. Dozens of rebels recently left the town to begin demobilizing.

“There may be dissidents in other places in very small numbers. We’re in a process of verification, we have our radars on,” Mejia said. “In other conflicts it’s normally 20%, 5% is far from that.”

Education key to keep Colombia’s ex-combatants on the straight and narrow: Study

Despite the dissidents, Mejia said the guerrillas are keeping their promise to gather in demobilization camps and that deserters who remained in drug trafficking or other illegal activities would face the full force of military power.

Rebels who refuse to disarm, along with smaller rebel group the National Liberation Army and crime gangs, may seek to control ex-FARC trafficking routes and profitable illegal mining, Mejia said.

Cultivation of coca, the raw ingredient in cocaine, is widespread in many FARC areas. The government has launched an ambitious plan to eradicate 50,000 hectares of the plant during the first year of the peace deal.

How Colombia plans to eradicate 50K hectares of coca this year

Besides eradication, the government will build roads and open schools and health centers that communities have lacked for decades during the conflict, Mejia said. Military engineers have already begun to improve Saiza’s road.