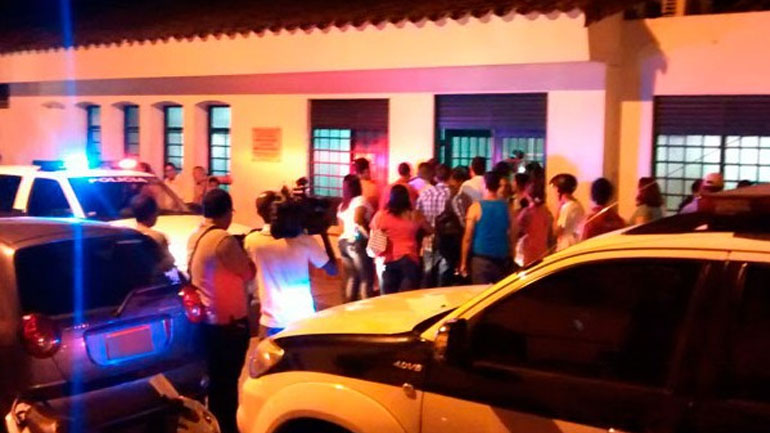 Two people were killed and eight injured on Sunday when armed men opened fire inside a club in the southwest Colombian town of Buga.

According the Colonel Javier Martin, chief of police of the Valle del Cauca province, two armed men entered the Tin Tin Deo club in Buga around 5:30 in the afternoon with the intention of assassinating a local locksmith of 23.

However, when the attackers opened fire, the presumed target tried to flee.

As he was trying to cleave the club, the assassins kept shooting, injuring nine other people. One of the injured died later in the local hospital.

The shooting caused major panic inside and outside the club. Instead of waiting for medical personal, bystanders rushed to transport the injured to the local hospital using their own motorbikes and cars.

One victim was still in critical condition on Monday morning.

According to Martin, the apparent target of the assassination attempt had moved to the capital Bogota two months ago for undisclosed reasons.

“Three days ago he returned to the town. We are carrying out investigations to determine the motive of the attack,” the police official told Cali-based newspaper El Pais.

Several towns in Valle del Cauca, home to drug trafficking organization “Los Rastrojos,” have suffered spikes in violence possibly because of tensions between local drug traffickers and “Los Urabeños,” a neo-paramilitary group from the northwest of Colombia that has violently been expanding its areas of influence since 2011.

The region used to be home of the Cali Cartel and the Norte del Valle Cartel, but is now disputed by a number of drug trafficking organizations.