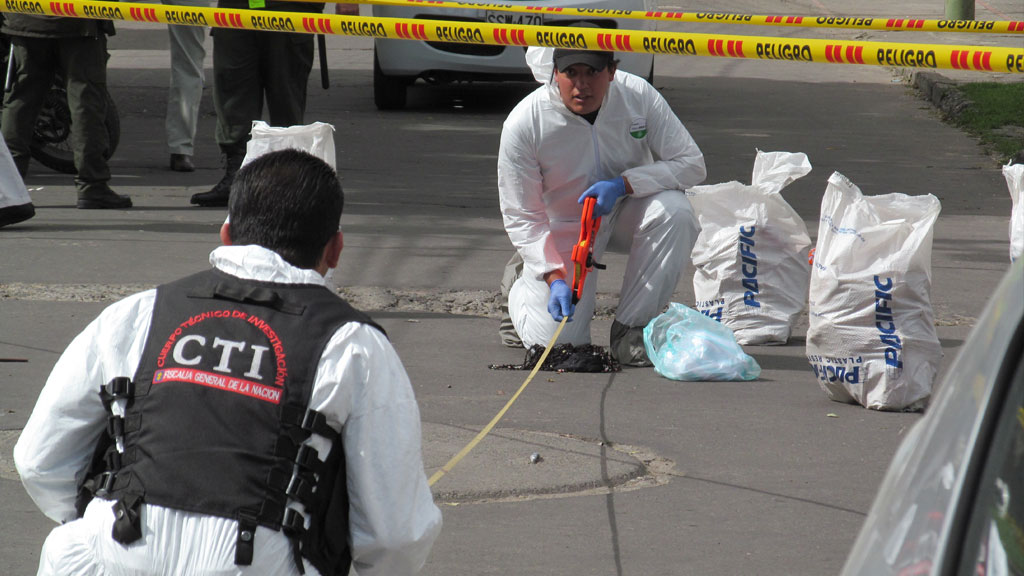 At least 16 people were injured in a grenade attack on a shop, local authorities said Sunday.

According to Buenaventura’s Police commander, Colonel Marcelo Russi, a suspect threw the grenade at the store injuring 14 civilians and two policemen.

The suspected attacker was arrested.

“Thanks to the immediate action of the Buenaventura police and the community, we were about to arrest a suspect and are currently in the process of investigation about what happened,” Russi told Spanish news agency EFE.

Buenaventura, Colombia’s largest port on the Pacific coast, has long had trouble with public security. The city has become the scene of a turf war between local crime syndicate “La Empresa” and neo-paramilitary group “Los Urabeños” that has been taking over the Pacific coast from the north since 2012.

Additionally, two fronts of rebel group FARC are active in the rural part of Buenaventura, where the guerrillas two weeks ago blew up an energy pylon, an attack that left the entire city without power for days.

Sunday’s explosion took place in Barrio Obrero, a neighborhood near the port in the west of the city and a known location for drug dealing.

The neighborhood is also full of hotels where truckers spend the night while waiting for cargo.

Buenaventura has a long history of violence.

In the beginning of the century, the now-defunct Norte del Valle cartel, the also now-defunct paramilitary group AUC and rebel group FARC vied over control of Colombia’s largest port.

“Los Rastrojos,” a former enforcer army of a cartel capo and ally of La Empresa, partially took over the cartel’s interests during its dismantling around 2004, restoring a relative calm in the city when the AUC voluntarily demobilized between 2003 and 2006.

However, homicides began rising again when the Urabeños, formed from the AUC, began their offensive along the Pacific coast and have since taken over most of the city’s urban territory.