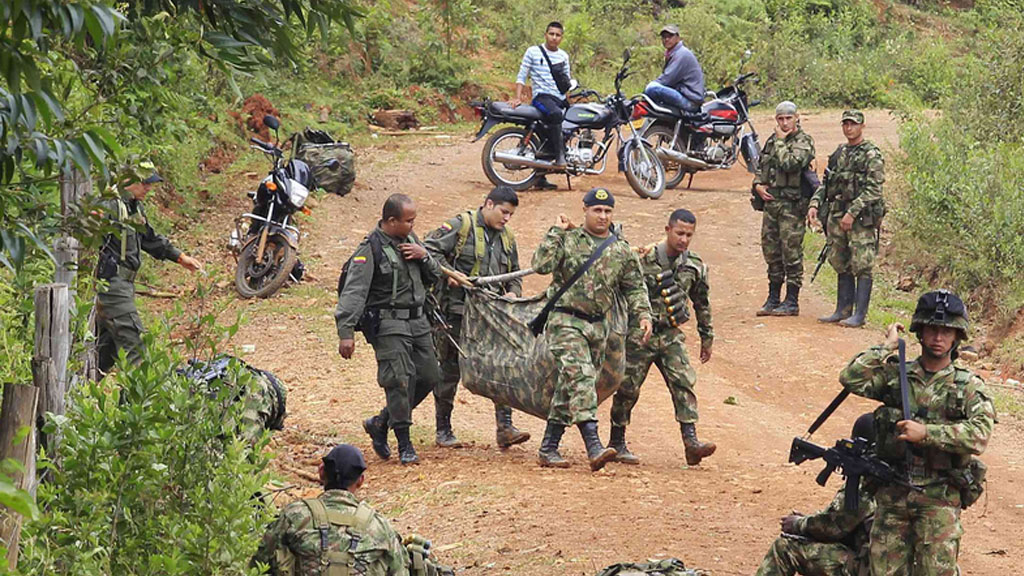 The FARC allegedly attacked several infrastructure and police targets over the weekend, adding to the damage and impact on civilians that has been escalating since the ceasefire ended May 22.

Three attacks targeted oil infrastructure in southern Putumayo, attempting to hit pipelines and wells, while a fourth carried out in the west of Colombia left 400,000 people in the port city of Buenaventura without power.

“At 9:45 am (1445 GMT) Buenaventura was left without electrical service,” read a statement from the power company, the Energy Enterprise of the Pacific (EPSA), the AFP reported Sunday.

A military overflight located a destroyed electricity tower some 27 kilometers (18 miles) from the urban center of the city, officials said, after two large explosions were reported.  Buenaventura’s port is Colombia’s largest, handling most of the country’s foreign trade.

The weekend attacks are the most recent in a series that have left at least 30 killed since the FARC’s five-month unilateral ceasefire ended.

The most recent round of violence seems intent on disrupting infrastructure.  Attacks stopped traffic on the Pan-american Highway last week and shut down economic activity inside a small city in the Nariño province a few days earlier.

While the FARC aims for disruption, the human casualties may seem muted compared to prior years.  For the first five months of 2015 while the ceasefire was still in effect, there were 61 killed government soldiers and 51 killed guerrillas.  This is a significant reduction from 2014, however the end of the ceasefire may see these numbers rise sharply again.

In Havana, the peace talks continue to look for a solution to the five decades long war that has killed more than 260,000 Colombians and displaced an estimated 6 million.

In a statement issued by FARC leadership, they warned that the situation for civilians living in the rural parts of the Antioquia province was dire.

They blamed paramilitary groups, the fumigation of illegal drug crops, police repression, and the militarization of the region to protect infrastructure, as the leading causes of displacement and distress for the people who live there.

“It was not the presence of the FARC that has led to insecurity and unease in the northern regions of Antioquia, but paradoxically the anxiety has been caused by the presence of state and para-state agents,” the FARC said in a press release.

FARC leader “Pastor Alape” also emphasized the need for a “Truth Commission” and expressed his willingness to agree to a “special place of detention” where FARC members could be penalized, if the Commission so requested, El Universal reported on Monday.