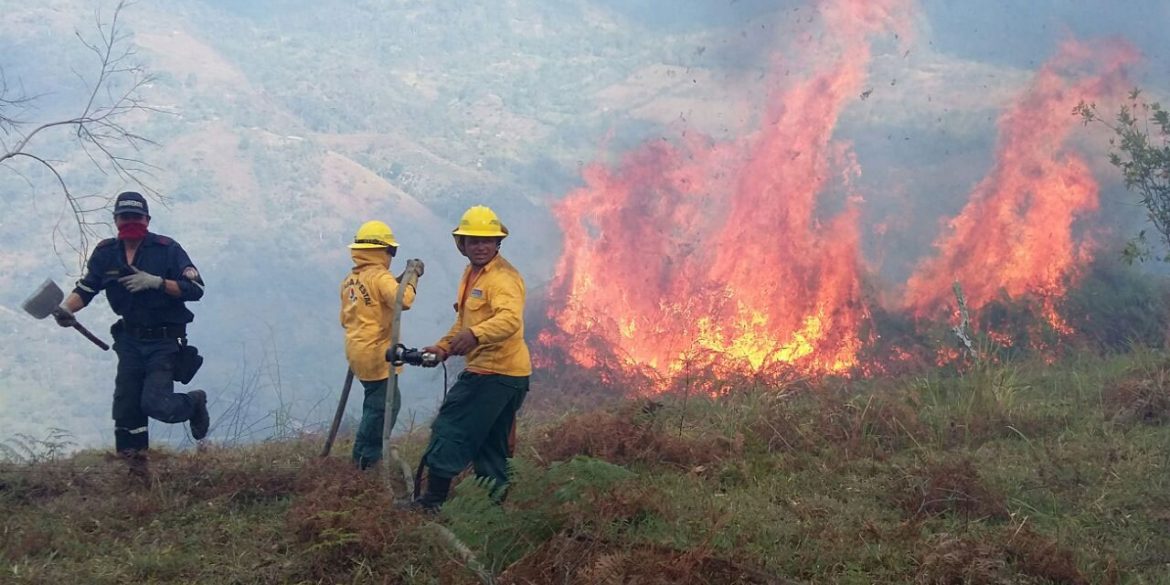 Firefighters are trying to put out fires close to the capital Bogota. (Image: CAR)
News

At least one in 10 of Colombia’s municipalities have run out of drinking water as a consequence of extended drought caused by weather phenomenon “El Niño.”

The country’s Housing and Territory Ministry said Tuesday that 108 municipalities have run out of drinking water. Newspaper El Tiempo reported that 391 municipalities throughout Colombia are suffering water shortages while El Niño is expected to continue until March.

Among the most severely hit is the northern Bolivar province, where the governor declared a public emergency.

Environmental authorities issued a warning for El Niño in December to make sure municipalities had contingency plans in place for water shortages.

Environment Minister Ricardo Lozano told RCN radio last month that up to 90% of Colombia’s rivers were seeing reduced water levels as a result of El Niño, putting the eastern plains, and the provinces of Cauca, Choco, Magdelena at the greatest risk.

El Niño is a cyclical period of temporary warming of Pacific ocean surface levels from South America to Australia, resulting in warmer temperatures across the region, with worldwide effects on the climate.

The Ministry of homes, cities, and territories urged municipal governments to continue to be vigilant. Because of continued high temperatures, recent rains are not expected to significantly improve the situation, especially in the Caribbean region in the north and the Orinoquia regions in the east where high temperatures are expected to continue.