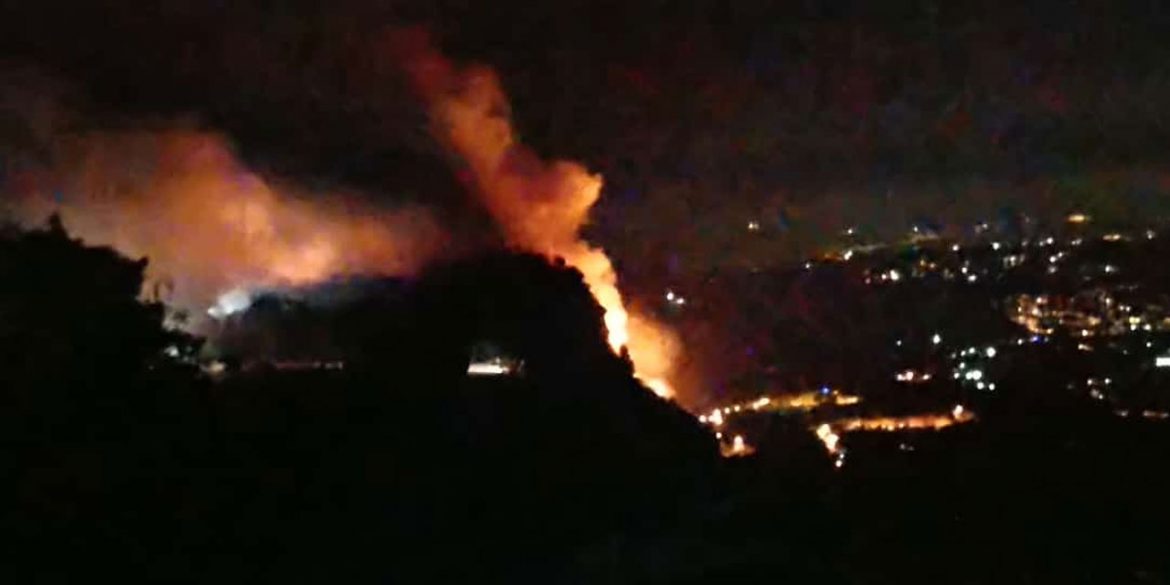 More than 4,000 tourists were trapped by a forest fire at a major tourist attraction in northeast Colombia on new year’s eve.

The fire burned 15 hectares of natural forest and 500 hectares of land and pasture near the popular “La Mesa de los Santos” in the Santander province before it was brought under control.

Due to the massive amount of smoke generated by the fire the road connecting the park to province capital Bucaramanga was closed, leaving the tourists stranded.

The exact cause of the fire has not been determined, but authorities point to ongoing drought and high temperatures in the region as the likely cause.

Because of the El Niño phenomenon, high temperatures are recorded in a large part of Santander. This situation favors the appearance of fires.

Early reports say that the  fire started near the La Mesa’s toll plaza.

The park is known for its extreme sports activities, and possibilities for hiking, climbing and water sports.

The tourists were trapped in a small village that sits atop of the plateau looking over the Chicamocha canyon.

In the nearby municipality of Piedecuesta, firefighters put out another fire.

Other fires in Colombia

In the department of Antioquia, 17 fires were reported between the night of December 31st and January 1st, according to Medellin newspaper El Colombiano.

Last night there were also fires in Bello, Itagui, Copacabana and Enviagado, municipalities that lie in the same valley as Antioquia’s province capital Medellin.

No one was injured in any of the fires.