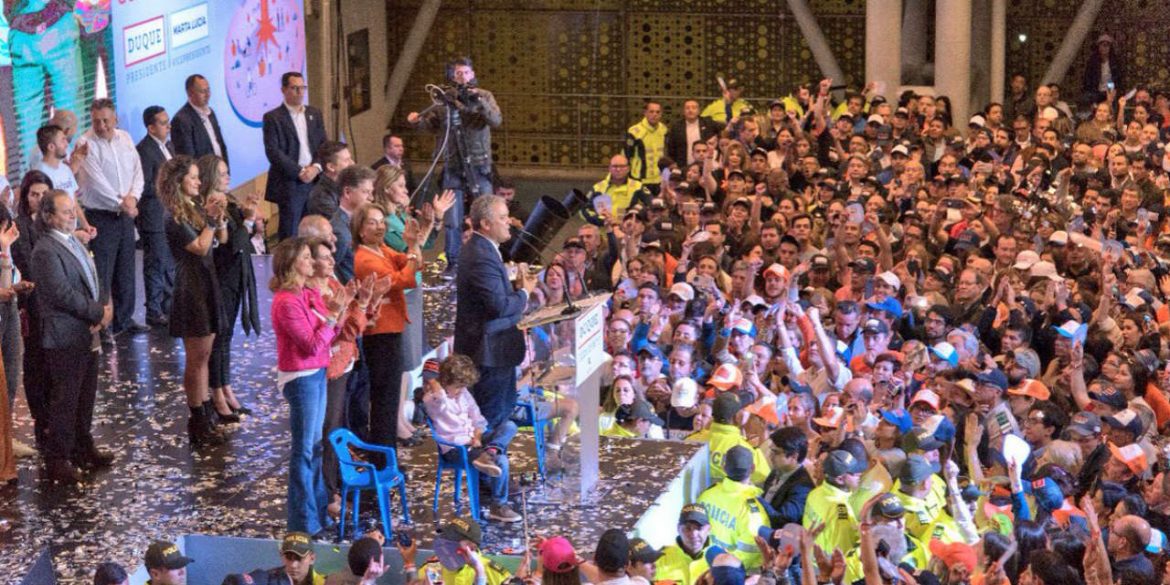 Leaders from throughout the Americas have congratulated Colombia’s president-elect, Ivan Duque, for his victory in Sunday’s elections.

One of the first to call Duque was Chilean President Sebastian Piñera, who said on Twitter that “I am certain we will work shoulder to shoulder for liberty, justice and the progress of the peoples of Chile and Colombia.”

The president of Mexico, Enrique Peña, “congratulates Ivan Duque with his election in an exemplary voting round.”

The Mexican head of state vowed that “with the new government of Colombia, Mexico will continue to deepen its strategic relations, economic exchanges and development cooperation.”

The United States government and several lawmakers sent their regards to Colombia.

The United States congratulates Ivan Duque on his election as the next President of Colombia. We salute Colombia’s strong democracy, and reaffirm our admiration for its people and institutions. The United States looks forward to deepening our vibrant partnership based on our shared democratic values… We will work with President-elect Duque to support Colombia’s efforts to combat drug trafficking, strengthen security, protect human rights, and secure the just and lasting peace its people deserve.

Republican Senator Marco Rubio from Florida, a close ally of Duque, congratulated the president elect and celebrated “a historic day for Colombia as they democratically elected a woman, Marta Lucia Ramirez, as Vice President of the nation.”

House Representative James McGovern of the Democratic Party wished Duque “every success in bringing peace & prosperity to all Colombians, and in implementing fully the peace accords that ended over a half-century of internal conflict.”

Canada’s Foreign Minister Chrystia Freeland joined the neighbors to the south and also stressed the accomplishment of Ramirez, “the first woman Vice President of the country.”

Argentine leader Mauricio Macri said he hoped “we can work together to continue strengthening relations between Colombia and Argentina.”

Martin Vizcarra of Peru said he hoped “to develop broad cooperation between our governments to continue strengthening the strong friendship between our peoples.”

Bolivia’s Evo Morales also congratulated Duque and said his country “ratifies bonds of joint fraternity and solidarity with the brotherly people of Colombia.”

According to migration authorities, more than a million Venezuelans have fled to Colombia over the past 15 months to escape an almost absolute collapse of Venezuela’s economy and state system.

Duque will replace outgoing President Juan Manuel Santos on August 7. The region’s response to the unfolding crisis in Venezuela will determine to what extent a possible collapse of Venezuela happens in the face of Colombia’s novice president.