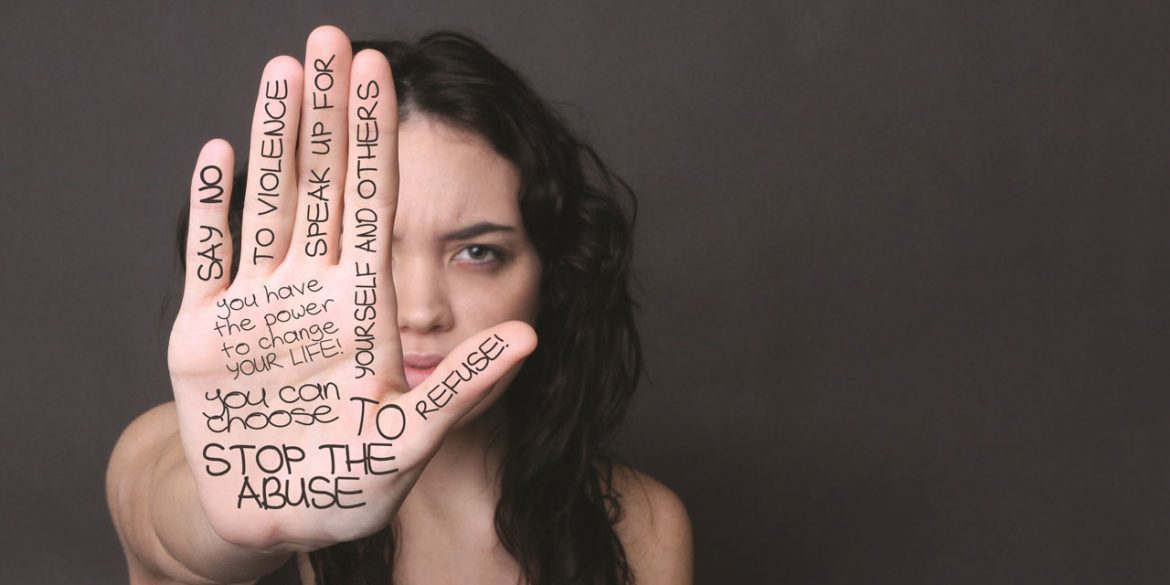 On International Women’s Day, tradition for Colombia’s women is to be showered with flowers and gifts. But what is the reality of Colombian women for the other 364 days a year?

In the corridors of power, gestures of equality are made – like President Ivan Duque’s gender-balanced cabinet – but women only hold 20% of seats in Congress: the situation only worsens the further women are from official power.

Violent and sexual crime against women are high and rising, and entrenched machista culture excludes women from equality and human rights in a huge range areas, from economic rights to bodily autonomy.

This violence and exclusion intersects with issues of socio-economic class, racism, homophobia and transphobia, making certain groups of women subject to overlapping and reinforcing patterns of power.

It’s worrying that a country which is constructing a democracy has no intention of changing the culture.

Violent crime against women and girls

In around 40% of cases, the murderer is a family member or partner – current or former. While in more developed regions like Antioquia and Bogota the rate is decreasing, in areas like Arauca (near the border with Venezuela), the rate has tripled.

In 2015, Colombia passed a specific law on femicide, defined as the killing of a woman by a man because of her gender. 16 Latin American countries now have a specific law for this crime: the continent has the highest global rate of this form of murder.

Despite this law, impunity (i.e. perpetrators facing no legal consequences) remains high, and emboldens other perpetrators: it has been estimated at up to 80%.

In over 95% cases of sexual violence against women between 2016 and 2018, the legal proceedings remained in the inquiry stage, never making it to prosecution. Bogotá councilman Yefer Vega warned that only one in ten registered cases of femicide are even reported to the authorities.

The message is that it’s fine, that a man can hit a woman and nothing happens. Our institutions are prolonging cycles of violence.”

Lack of access to legal institutions and education around human rights are also factors, particularly in rural areas. “The negligence and ineffectiveness of the State in dealing with the situation in terms of prevention, sanction and guarantees of non-repetition is alarming. If in a city like Bogotá these rights are still not guaranteed, imagine what could happen in municipalities as far away as Caparrapí (Cundinamarca),” Director of women’s rights group Casa de la Mujer’ Olga Sanchez said.

The group has also expressed concern about the number of crimes occurring on Colombia’s roads and in public spaces -almost 61,000 in the last five years. Sanchez called it the “the naturalization of violence against women, the fact that their bodies are something that can be possessed, raped and murdered, without implying even social consequences.”

The rise in sexual crimes against women last year was significant, at 9.5% between January and October last year, according to the Medical Examiner’s Office.

In 2017, the last year with full statistics, more than 20,000 women reported rape. This means that a women or girl was raped in Colombia almost every 20 minutes, not counting the rapes that went unreported.

Some 87% of these crimes are committed against children and adolescents, in 76% of the cases by somebody close to the victim – a family member or ex-partner.

The president himself is self-professedly anti-abortion due to his Catholic beliefs: “I believe life begins at the point of conception.”

Abortion in Colombia is legal only in the following circumstances, as of 2006:

Even when fulfilling these criteria, accessing abortion services has proven difficult however, with evasion and postponement by the medical establishment until it is too late for the procedure, effectively forcing women to give birth.

It is estimated that 99% of abortions in Colombia are carried out illegally: 400,000 illegal abortions per year, with women facing huge risks in seeking procedures, as well as facing ongoing cultural taboos around the procedure. The Ministry of Health has reported around 10,000 visits from women experiencing complications from illegal abortion procedures.

According to the World Health Organization, 47,000 women die every year due to illegal abortion, three quarters of these in Latin America and Africa.

Women in Colombia have a 58.8% labor force participation rate, while men have a rate of 82.6%, according to figures released by the United Nations. Colombia’s Vice President Marta Lucia Ramirez, however, released figures in December revealing that unemployment among women in Colombia is almost 70% higher than among men, at around 12.8%.

This situation is more extreme in early life: nearly a third of women between the ages of 15 and 24 are neither in school nor employed, compared with 13.4% of men of the same age.

Women are often, however, engaged in unpaid and uncredited domestic labor. Women over the age of 15 spend an average 16% of the day on unpaid domestic labor and chores: almost four times the amount of time men spend on the same.

Even though the indicators of poverty in the country have fallen, the number of women in poverty continues to grow.”

Less than half of women in Colombia have their own account at a bank or financial institution.

The feminization of poverty is the way in which the economic model negatively impacts women. Access to education, the perpetuation of gender roles, and the distribution of unpaid labor are among factors which increase women’s poverty. There are also taxes on certain goods, and cultures around financial control in the household.

In a statement for International Women’s Day, United Nations human rights experts called for an end to the taboo around menstrual health and products.

Sanitary hygiene products are often inaccessible or too costly, particularly for women and girls living in poverty and in situation of crisis, and States are often silent on those issues in their policies. In such situations, women and girls can be pushed to use improvised, unhygienic materials that may lead to leaking and infection and put their health at serious risk.”

Colombia is progressive on menstrual justice in certain ways: in 2018, Colombia’s constitutional court decided that 5% tax levied on menstrual products was unacceptable.

This is a positive step towards tackling gendered poverty, though the new budget has been criticized for not doing enough to tackle gender inequality. Many countries in Europe maintain a tax on menstrual products, classing them as ‘luxury items’.

Education inclusion is more or less equal in Colombia, with literacy rates on a par. Women and men also complete close to the same number of years of education.

During his election campaign, Duque claimed he had “great respect” for the LGBTQ+ community, but his government is backed by conservative and religious groups that view homosexual acts as a sin, and who are gaining influence in the country. LGBTQ+ women are discriminated against both in culture and by state institutions.

Though Colombia is steeped in homophobia, trans inclusion in terms of the law is reasonably progressive, comparative to the region: in 2015, constitutional courts ruled that all citizens had the right to have their gender identity legally recognized, and could choose their own name and gender on their national ID card. Also, in December 2018, the first murder of a trans woman was recognized as ‘femicide’, acknowledging the gender of the victim.

The future of Colombia Reports relies on your financial support. Please become a patron and support independent reporting from Colombia.
women's rights